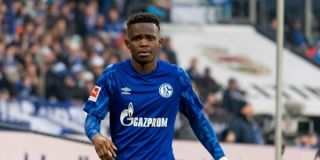 Arsenal are currently being linked with a move to sign Rabbi Matondo, but who is he?

The 19 year-old is currently playing for Schalke 04 in the Bundesliga, and predominantly plays out on the right-wing, but can play in behind the striker or out the left also.

Rabbi is a Welsh international, although he is yet to be selected to start a match yet, but his four substitute appearances for their senior side mean that England will not be able to persuade the youngster to switch allegiances again, having featured for England at Under-15 level.

The winger started his youth career with Cardiff City, before being persuaded by Manchester City to join their impressive academy.

Despite never featuring for the senior City side, Schalke had seen enough of his ability to shell out a reported £11 Million to sign the teenager in January 2019, but he is yet to start fulfilling his potential as of yet.

Matondo is a very attack-minded player, who is more than comfortable on the ball, running at (and past) players at full-speed, and definitely looks like one to watch for the future.

As you will see below, Rabbi possesses a huge amount of potential, and under the rite tutelage (maybe someone like Mikel Arteta), he could well have the making of a future Ballon D’Or finalist.

Should Arsenal profit from another one of Man City’s mistakes? Is Arteta the perfect man to turn Matondo into a world beater?

Arsenal reported to have opened talks with Bundesliga teenager
27 May 2020, 22:30