Patrick Vieira is one of the best captains Arsenal has had in the Premier League era and the Frenchman has commented on the ongoing search for a new leader at the club.

The Gunners have just stripped Pierre-Emerick Aubameyang of their captaincy and need a new one.

Vieira spent nine years at the club and he captained it to an unbeaten season in the successful 2003/2004 campaign.

He knows the responsibility that the leadership role requires and gave his opinion on the issue in a recent interview.

The current Crystal Palace boss insists as a manager, you would want someone with a positive leadership character to captain your team.

The 45-year-old said via Sun Sports: “I think as a manager you always want your captain to be one of the leaders, I’d say.

“A positive leader — on and off the field. You want the captain to set the example.

“Obviously, the captain always has to have a special relationship with the manager.

“But to have that, you need to be a positive leader.”

Aubameyang’s only qualification to become Arsenal’s captain was that he was leading by example on the pitch with goals.

If Arsenal had looked beyond that, he probably would never have been made captain, because he has always had problems with his discipline.

Even at Borussia Dortmund, his on-field ability was never in doubt, but his disciplinary record wasn’t the best.

Now the club will be stuck with him for the last year of his current big-money deal because clubs would struggle to pay his current wages.

“Arsenal know they can swoop” This ex-Gunner will replace Arteta reckons pundit
3 January 2022, 18:00 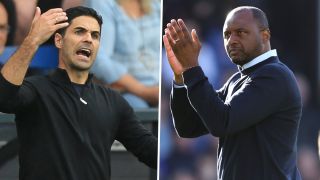