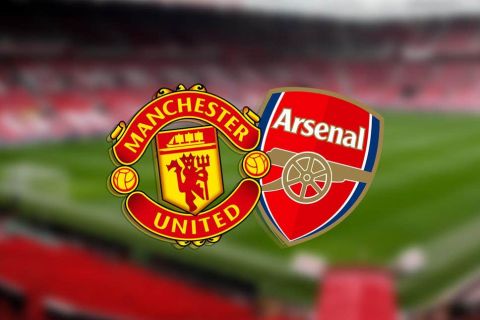 This weeks View from the Enemy comes direct from the Official Man United website, who have given a very comprehensive guide to the game to get you in the mood for our massive game on Monday night. They give us injury news, form guides and so much more. It is always interesting to see what our rivals are thinking of us before each game. So here you go….

Manchester United will be hoping to continue our winning run at home when we welcome Arsenal to Old Trafford on Monday.

The Reds have won the last three clashes at the Theatre of Dreams, admittedly with the latter coming via penalties against Rochdale in the Carabao Cup on Wednesday, prior to the victories over Astana and Leicester City.

Monday’s meetings with the Gunners will also see us renew our old rivalry with the Londoners and, in fact, we’ve faced Arsenal more than any other side in our history.

Over the years, we’ve played out some classics with the capital club and this fixture could be another memorable meeting between the sides…

Marcus Rashford was replaced with a groin problem against West Ham United in our last Premier League outing and subsequently missed Wednesday’s meeting with Rochdale. Speaking ahead of the cup game, the boss confirmed he hoped to see Rashford back in the team ‘before the international break’. Elsewhere, Luke Shaw, Diogo Dalot and Angel Gomes are also likely to miss out through various injuries. Paul Pogba is back but Anthony Martial has remained sidelined. As always, for the latest team news, make sure to tune in to Ole Gunnar Solskjaer’s pre-match press conference, which will be live on MUTV this Friday.

As for the Gunners, despite being sent off in their last league outing against Aston Villa, Ainsley Maitland-Niles is available to play on Monday as his one-game suspension ruled him out of the midweek Carabao Cup meeting with Nottingham Forest. In that clash, Arsenal gave Hector Bellerin, Rob Holding and Kieran Tierney their first minutes of the season following long-term injuries. Somebody who will miss the game is Alexandre Lacazette, with the French striker ruled out until October with an ankle problem. Emile Smith-Rowe is also set for a period on the sidelines after he sustained a head injury against Forest on Tuesday, while Konstantinos Mavropanos and Sead Kolasinac are doubts for the trip to the Theatre of Dreams.+

Last time out in the Premier League, the Reds suffered a disappointing 2-0 defeat at the hands of West Ham. However, since then, Ole’s men eliminated Rochdale in the Carabao Cup on Wednesday via penalties after a 1-1 draw in 90 minutes. Prior to that, United had won the last two home matches 1-0, against Astana and Leicester City respectively. Overall, including the Rochdale tie, the Reds have emerged victorious from four of our five matches at Old Trafford this season.

WHAT ABOUT THE GUNNERS?

One thing Arsenal have guaranteed this season has been goals – in fact, in all of the north London outfit’s last four Premier League games, there have been at least four goals. The most recent was the 3-2 win over Aston Villa, when Arsenal twice came from behind to grab all three points. On the road, Unai Emery’s men have played three league games this season and have won, drawn and lost one respectively. From six matches in 2019/20, the Gunners have picked up 11 points and are fourth in the table, while, like United, they have advanced to the fourth round of the Carabao Cup and won their first Europa League group-stage game.

OUR RECORD AGAINST ARSENAL

There have been 230 competitive meetings, so far, between the sides, with the first match taking place in the old Second Division back in October 1894. In all competitions, United have 97 wins to Arsenal’s 82, while there have been 51 draws. In the Premier League, the clubs have met 54 times with 24 wins for the Reds, 16 draws and only 14 victories for the Gunners.

Last season, Anthony Martial and Jesse Lingard were on the scoresheet as the Reds twice came from behind to earn a 2-2 draw against the Gunners at Old Trafford. United then faced Arsenal away twice, winning 3-1 in an Emirates FA Cup fourth-round tie in January before losing 2-0 in the league in March.

United blew Arsene Wenger’s Gunners away in August 2011, when we famously beat the Londoners 8-2. Danny Welbeck – who went on to play for Arsenal – got the scoring under way after 22 minutes, with Ashley Young and Wayne Rooney also netting in the first half. But it was in the second period that the Reds ran riot, with Rooney completing a hat-trick, Young grabbing another and Nani and Ji-sung Park also finding the back of the net, while Theo Walcott and future Red Robin van Persie scored for the visitors. Check out the highlights of that memorable day below.

Kevin Friend has been appointed to oversee Monday night’s proceedings. The 48-year is yet to referee a United match this season and last took charge of one of our games in February, when we beat Chelsea 2-0 in the Emirates FA Cup. Last year’s FA Cup final official hasn’t actually been in the man in the middle at Old Trafford in just over a year, since last season’s 1-1 draw with Wolverhampton Wanderers. Friend will be assisted on Monday by Scott Ledger and Richard West, while Chris Kavanagh will fulfil the role of fourth official. Meanwhile, Mike Dean and Stephen Child are set to oversee VAR proceedings from their Stockley Park base.