Was it really worth Arsenal sacrificing the FA Cup for a week’s rest?

Some might say I’m flogging a dead horse (although I would question why click on an article if you don’t want to read it?), but I can’t help but think what Mikel Arteta must be thinking, as he watches the likes of Bournemouth advance to the FA Cup quarter final?

As someone who wants our manager to succeed, I increasingly fear his decision to rest key players at Southampton in a competition we were defending, could one day be viewed as the beginning of the end of his reign.

Part of management is assessing where you’re at, and from there setting yourself a realistic target. He showed incredible naivety to believe this current squad could put together a run needed to finish in the top 4. There’s been zero evidence of that.

Just because we beat three of the worse teams in the division doesn’t mean you get carried away. Fans can be arrogant  – but not the person in charge.

Part of finding a solution is admitting there is a problem. Unfortunately though, like he can’t admit the times we haven’t played well, Arteta over complicated things, tried to be too clever, and it could cost us dearly.

Facing the Saints twice in 4 days he prioritised the League over a chance of silverware. Saturday – Tuesday is a Champions League schedule, so I’ll never believe the same 11 couldn’t cope with both.

The only way he could justify his decision to not take the Cup seriously is if he had gone on the run required to threaten the top 4. That’s what he was gambling.

He felt he needed to win at Saint Mary’s in the Prem, and was willing to sacrifice the Cup he won. He did that because he was naive in the quality of his squad.

How much evidence did he need that this squad didn’t have the consistency or mentality to put that kind of run together? As much as I like him, I can’t defend his failure to judge talent and recognize their limitations. 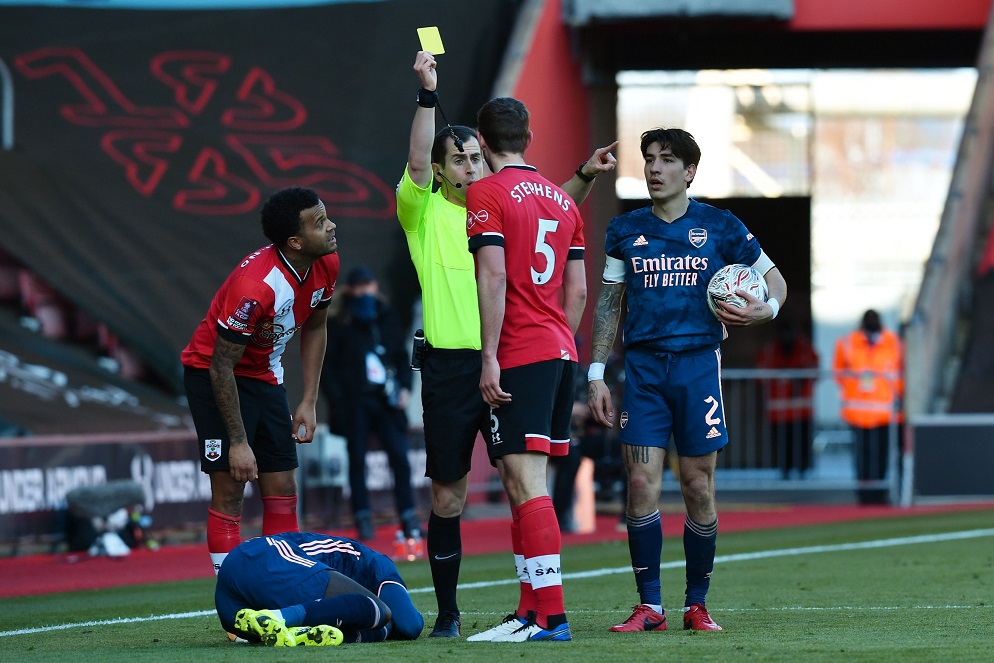 He knew we were not improving the team in January (we made it worse), so what made him think that the same individuals who had been terrible from November were magically going to change?

Remember after the first lockdown how Arsenal insisted qualifying or not for Europe would impact their transfer policy. The fact we are suddenly relying on Europa League income tells you much the pandemic has hit us in the pocket.

With the club nearly a year without match day revenue, the situation is even worse. This would be the worst year to not have European Football for the first time in over two decades. Therefore, it’s the worse time to not be trying to win something where the prize is European football!

Which one is more likely, we finish top 7 (I assume 7th will be a qualifying spot)orl we win the Cup? We knew beating Southampton would have put us beating an out of form Wolves.

Then we would have been in the last eight, 90 mins away from Wembley. Who knows, luck of the draw could have included Cherries, Sheffield United or Bristol City, etc?

We swapped that for a week’s rest.

Does anyone think we have any more of a chance of beating Leeds just because we have a week’s rest?

Surely, you’re more likely to win heading into Sunday with the confidence of knowing you’re in an FA Cup quarter final? Surely, it’s better to face Benfica over two legs without the pressure of knowing you have to win to save the season.

The cruel irony is many saw winning the FA Cup as the reason Arteta lasted through those hard winter months, I fear his decision to put his feet up this week will cost him in the long term