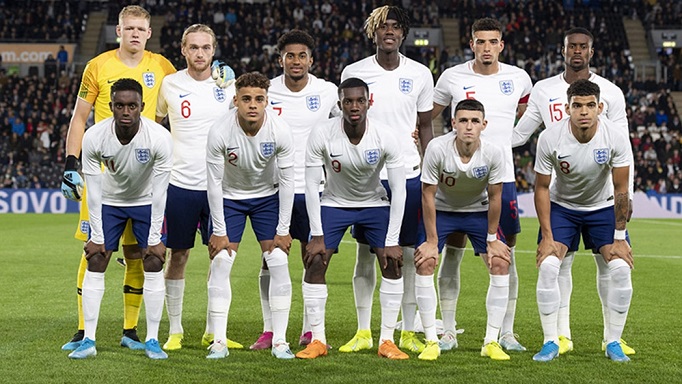 Arsenal may have no players yet good enough to be picked for the England senior team, we have a great chance of having a nucleus of players there in the future, with two of our youngsters named in the squad (only because Reiss-Nelson has been ruled out with injury)for the Young Lions U21 matches against Slovenia and Austria.

Joe Willock and Eddie Nketiah are the players in question, and Eddie’s inclusion is no surprise considering he has already scored 4 goals in his previous 6 appearances for the U21s, and Willock and Nelson are both getting game-time for Arsenal this season. Keep an eye out for Eddie making mincemeat of Joe Willock on 4.45 of the video.

The U21’s are going well in the Qualifying games having beaten Turkey and Kosovo in September, and coach Aidie Boothroyd is hopeful that we can continue in the winning groove. He told TheFA.com: “After two good results in difficult and high-pressure games last month, we’ve kept the squad pretty consistent as they performed well,” explained Boothroyd.

“We have a few players back from injury in Callum Hudson-Odoi, Reece James and Lloyd Kelly and we’re looking forward to getting back together again and we are building a strong core of players early on in the campaign.

“The squad also has more playing minutes at club level than they might normally do at this stage of the season, which is great for us ahead of these matches.

“It will be a tough game in Slovenia, we are expecting a low block that will be a good test for our players against a different type of opponent. As they’re one of the hosts of the next Euros, it’s a great chance for us to experience playing there, as we work hard to qualify for the tournament.

“Austria sit on top of the qualifying group alongside us and they’re a good, well-organised team and an emerging nation, so hopefully it will be an entertaining and competitive game for our supporters watching in Milton Keynes.

“The group is shaping up to have three or four teams pushing to qualify so we have to do everything properly and professionally and be at our best each game, but it will also be invaluable to the players’ development.”

They are playing away in Slovenia on Friday, and will be playing Austria in Milton Keynes on Tuesday. That should definitely be worth going to see with three Young Guns on the pitch..