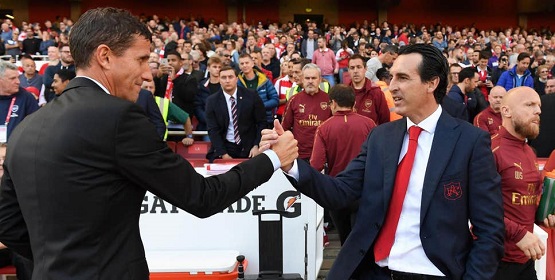 There seems to be a body of opinion that when a manager is sacked there is an immediate improvement in results, well Watford has fired Javi Gracia and their next match is against Arsenal.

The truth is I have no idea whether that viewpoint is factual or just a myth, so I did a little research.

I typed into Google “do teams do better when a manager is sacked?” and I opened up three articles, one from SkySports and two from the BBC.

The Skysports analysis seems to confirm the theory that clubs do see an immediate improvement in results for roughly six games but then drop back to their previous state.

On average results improve for the first six games after dismissing a manager, after which, results taper off and return to levels recorded nine games before the sacking.

The BBC had two articles, one from 2013 and one from 2017 and basically both came up with the same sort of analysis.

This is a snippet from their 2013 research on the subject

“Changing a manager during a crisis in the season does improve the results in the short term,” he says. “But this is a misleading statistic because not changing the manager would have had the same result.”

In better words, yes there is an improvement but not just because they sacked the manager, yeah, I know, confusing.

The 2017 BBC article is a little different because it focusses on October and November but the reason I included it was because it is based on sackings in the international break, which is relevant now.

They do not analyse immediate results but more overall results claiming

We’ve looked back at the past 10 Premier League seasons and, remarkably, in all but one instance where a club sacked a manager (or he resigned after poor performance) during October and November, their average points-per-game return increased over the remainder of the season.

In conclusion, it does appear that for the most part there is an immediate improvement in results. This could be down to a variety of reasons and it is impossible to pinpoint if it will affect Watford’s performance against Arsenal next week.

But they could hardly play worse than what they have done so far this season and it would be naive not to expect an improvement against us next weekend.