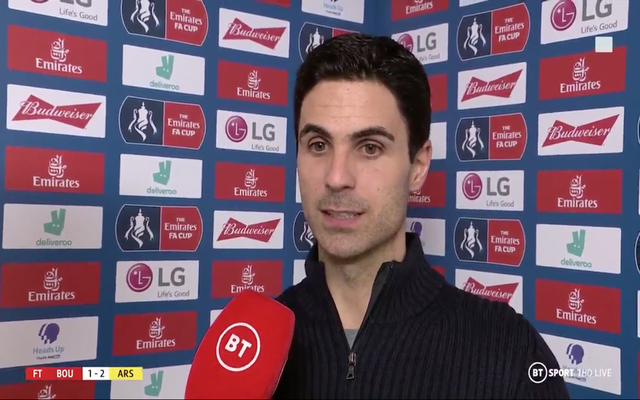 Some Arsenal fans may get excited after hearing Mikel Arteta tell BT Sport that the Gunners are ‘in the market’ for ‘one or two boys’ this month.

Our former skipper was quizzed on whether the side would be adding any defensive reinforcements in the January transfer window after Shkodran Mustafi’s injury this evening.

The centre-back was stretchered off early in the second-half with an apparent ankle injury.

Arteta didn’t specifically mention that it’s defenders that we’re in for, but this would seem wise considering our current injury problems at the back.

Take a look at what the Spaniard had to say on transfers below:

"We are in the market, the club is trying to facilitate us."

Arteta visits Kroenke to ask for more support in this transfer market
25 January 2022, 18:30