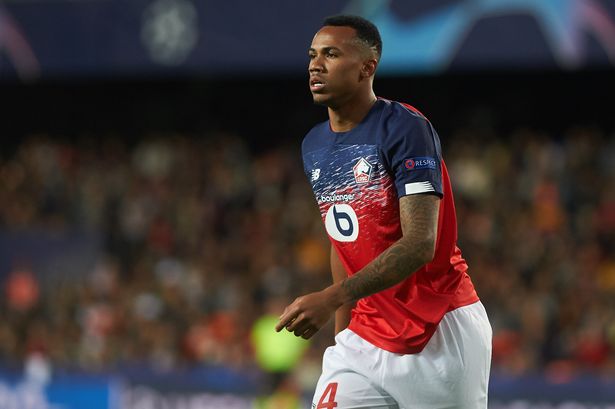 Arsenal project sold to Gabriel, but transfer business is far from finished at the Emirates by Konstantin Mitov

Hello lovely Arsenal people! The two biggest news in world football are Lionel Messi’s contract saga and Arsenal thrashing MK Dons. Maybe we can put in a cheeky bid to land Messi by offering a swap of number 10’s with Ozil. That would actually SAVE Barcelona money. Jokes aside, we are a few days away from the community shield and you can sense that the rebuilding of the squad is far from over.

Yesterday’s game featured Saliba and he looked like he could be a rock in our defense. His physique is perfect for the league and we’ve given him the number 4 shirt. Expectations are high, but maybe he’ll not be a regular starter immediately. We’re expected to sign Brazilian defender Gabriel with practically only the announcement left, and what a partnership for the future he and Saliba can be? Two of the most exciting young CB’s in world football at Arsenal.

What was incredibly interesting was Gabriel’s agent saying that his client had “far more lucrative” options, but he chose Arsenal because of Arteta and Edu. It’s nice to see we can attract players by selling them the project, not just because of money. I think his arrival surely means we need to clear some CB players, because we have like 8 or 9 at the club.

We offered David Luiz a new deal, so it’s clear we’ll be depending on the Brazilian’s experience. I think he works far better in a back 3 than a back 4, but we could use him as a guide to help mold the new blood joining our defense.

Then we need to pick 2 more from the rest and since we announced Pablo Mari on a permanent deal it leaves place for one and who would that be? It’s unlikely we sell Mustafi on an injury, despite him improving under Arteta. One of Holding and Chambers will be a good candidate to be sold and Sokratis is linked with a move to Italy. In any way, I expect a minimum of 2 departures to free up wages and raise funds.

Funnily enough, raising funds is mostly the reason why AMN is heavily linked with a move away, and Wolves are the favorites right now. It’s sad to see Ainsley leave, because he had some incredible performances in the FA cup and is the best option for RB in my honest opinion. The reality is we’re short on money. We need more in midfield and we can’t offer 50 million for the likes of Aouar, that’s why we tried to offer Guendouzi.

Ainsley has mostly been a squad player and the board probably said, we will sell whatever we can sacrifice to improve. Sadly, AMN is a very versatile player and will be missed and 20 million seem like a fairly low sum for a player his age, but if this money is put into better use to improve our midfield for example, I’d deal with it. What’s interesting is the news around Bellerin. Selling both AMN and Bellerin means we’ll need a new player there and other areas are in much higher need of repair.

Our defenders may be not good enough, but our midfield has hardly been great either. We’re hardly dominating teams, the way we used to, with midfielders having the ball glued to their feet, and it’s not like our midfield has helped our defense much either. On many occasions the back line has been left exposed and that needs to be addressed during Arteta’s project.

Xhaka is the rock of our midfield and he’s slow and error prone, despite having improved under Arteta. Ceballos is back at Madrid and there are no news going around of what’s happening there. Elneny scored a good goal yesterday, but he’s hardly the answer. Partey would be immense, but are we really splashing 45 million pounds on him? Unless we make a massive sale or we swap, we can’t afford such a transfer in these times.

We lack goals from midfield. We added Willian, who we could move into the number 10 position, but you can sense a lot of this happened, because he was a free agent and due to the Kia relationship someone that may or may not have left Arsenal had. Overall at least one more player after Gabriel should join us and I hope for more. There will also be a big wave of players leaving probably. Kolasinac was linked with Germany, Elneny is likely to go, Torreira future will depend on our transfer business, Matty G will be most likely moved and a CB clear out looks inevitable.

We finished 8th and the competition for the top 4 will not get any easier. Chelsea are splashing big time with Chilwell, Silva, Havertz, Werner and Hakim Ziyech in an over 200 million spree. Man City will buy whatever they need, Liverpool may drop their level a little after winning everything, but they are still so far ahead of us. United may have not added anybody yet, but that doesn’t mean we can relax. The transfer business will probably drag on until after the season starts and that’s not ideal, but a lot is still about to happen, so we’ll see.