It is not like Arsene Wenger to give away any of his Arsenal transfer plans at the best of times, and with the opening of the January transfer window now less than a month away, the Frenchman is usually even more tight-lipped than usual.

So the fact that he confirmed his interest in the young English defender Tyrone Mings, as reported by The Mirror, is fairly out of character for the Prof. The 21-year old is currently playing in the Championship for Ipswich Town and his usual role is as a left back, but at 6ft 3in and with his power and pace, it is thought that he could easily make the switch to central defence, which is coincidentally the weakest part of the Arsenal squad right now.

So why has Wenger admitted his interest then? Perhaps he wants the young player to know that the Gunners are looking at him, perhaps to prepare him and his club for a transfer bid. Or the wily old boss could be trying to throw the media and the scouting departments of other clubs off the scent.

I don’;t think that Wenger does much by accident, so it will be interesting to see what happens, or doesn’t, with Mings. Do you think he would make a good addition to the Arsenal squad? 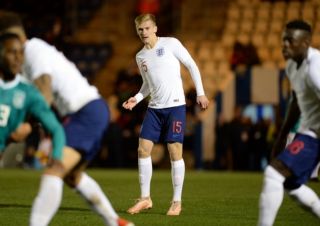