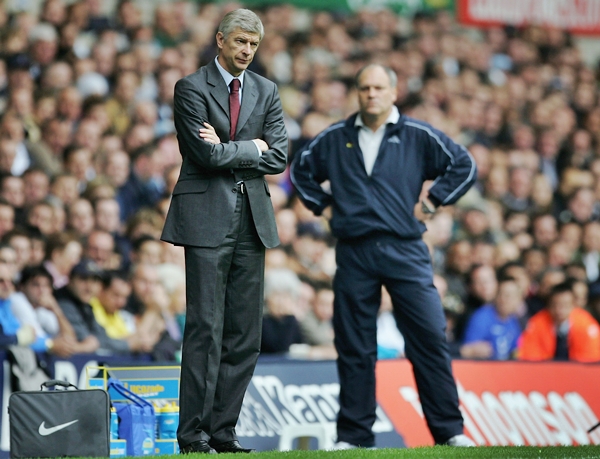 Arsene Wenger has claimed that wins over North London rivals Tottenham were ‘vital’ to Arsenal, providing competition for the club in order to push them forwards.

The Gunners have long-been on top of their neighbours in the race for glory, although the gap has been cut in recent years.

Both clubs are now regulars in Europe, while our club continues to win trophies, and former manager and club legend Wenger claims that Tottenham’s role as Arsenal’s ‘competition’ has been crucial.

Wenger was asked how he viewed Tottenham whilst talking to The Guardian, and if he hated them due to his relationship with Arsenal, to which he replied: “Hostility no, competition yes. It was vital [at Arsenal] that you beat Tottenham for the respect of the club. Competition is important, as long as it’s not crazy.

“When you [were due to] play Tottenham, at the start of the week everybody was a bit more nervous than usual.”

The North London Derby has become one of the staples of the Premier League season, and is a fixture that has become tougher to win in recent years, and the rivalry is more than fierce on the pitch

Our fanbase clearly enjoys the rivalry, and many state that they ‘hate’ the other, but for the majority, the rivalry is a healthy one.

I’m not sure I would say that anything that happens at Tottenham should be considered as ‘vital’ to our club, but being the best in North London was something that always meant a huge deal to the fans, and still does.

Is our rivalry with Tottenham an important part of the club?