It looks almost certain now Leicester City will beat Arsenal, and everyone else for that matter, to the Premier League title this season, after Sunderland became the latest team to fall victim to Claudio Ranieri and his players. In fact no one but the Gunners has managed to get the best of the Foxes on the pitch but Sam Allardyce did not want to talk about his own failure today.

Instead The Mirror reports that the Sunderland boss chose to stick the boot in on his old touchline rival Arsene Wenger by suggesting that the trophy should really have been coming Arsenal’s way in May after the struggles of Man City, Chelsea and Man United opened the door.

Allardyce said, “A normal season would have seen Leicester, having the season they’ve had, maybe finishing in the top four, which would have been miraculous.

“But they’ve had an opportunity that, without any doubt, Arsenal have missed. Leicester have taken it and Arsenal have lost it.

“We were all talking about, ‘What a chance for Arsenal’, with their squad, their players.

“They were going to take advantage of the Man City, Chelsea and Man United slip-ups and win the league. Up to now, Leicester have shown everybody how to do it.’’

There is no love lost between the two Premier League manager’s but it is hard to disagree with these comments, even if you accept that luck and injury problems have been against us and for Leicester. I just wonder what the Frenchman will make of what his rival says.

Will it make him more determined to do better next time and give Arsenal every possible chance of the title next time? Or might he even start to reconsider his own position and avoid all this criticism? 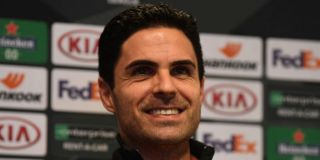