Where would you rank Arsenal on a list of Most Entertaining Teams?

How Entertaining Are Arsenal Compared To The Rest? By Dan

Even when Mikel Arteta was struggling before Christmas, I was never a Gooner who wished for a change of manager and I still don’t.

I equally don’t look at things as black and white whether we win or not. Even with us on a 5-match unbeaten run I am not enjoying our style of Football.

For the majority of my life I grew up with Arsenal having a reputation as being one of the most entertaining teams to watch in the country. Even when things were not going well and we were not winning anything, you could always rely on us to make chances.

For a long time it’s been quite sad watching Arsenal for the last couple of years.

Unai Emery never had an ethos, while it seemed Arteta’s first priority was to organise the defence. The Spaniard showed great man-management to get the squad to believe in his own principles.

I will admit that by now I thought a man mentored by Pep Guardiola would have us playing more attractive football. While I want him to succeed, I am losing faith. Don’t confuse that with me not wanting our boss to succeed. I’m desperate for that to happen, I just can’t ignore what I’m watching.

It got me and my brothers debating just how far have we fallen?

Where we were once a side where even rival fans would admit that we played the game the right way, where would you now rank us compared to the other 19 teams in the Premiership?

Put your positioning in the comments

Key
ME – more entertaining than us

LE – less entertaining then us

Man United
For a long time Ole has struggled to have an obvious ethos or even know what his best 11 looks like. Even though they are too I wouldn’t say they are entertaining to watch but better than us. ME

Leicester
I find Leicester one dimensional. Effective yet one dimensional. They still prefer to knock the ball over the top for Vardy to run onto and hit on the counter. That’s why Vardy never wanted to join us all those years ago, the Foxes build everything around him.
LE

Liverpool
Klopp has changed the concept of the modern full back, with that being crucial to Liverpool’s success. Has also trained his players to press high and win back possession instantly. Many are now copying the model.
ME

Man City
Pep’s attention to detail is almost obsessive. He is responsible for clubs getting their keepers to pass out from the back. Not as clinical in possession or in the final third as previous years, but still on their day the most entertaining team to watch.
ME

Everton
Hard not to compare Arteta’s year with Ancelotti given that they started their jobs at the same time. The Toffee’s manager has had better recruitment and more of a clear ethos.
ME 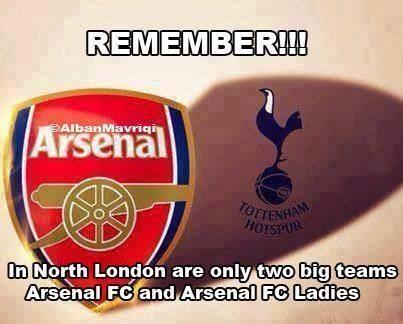 Spurs
Should be entertaining with the players they have but are managed by Jose Mourinho!
LE

Chelsea
Even when at Derby, Frank Lampard clearly wants to play an entertaining style of play and has put his faith in youngsters who will only get better.
ME

Saints
Copied a high pressing/high line style that seems to be all the rage, and they do it well.
ME

West Ham
As much as David Moyes claims this is a ‘new West Ham’, I find them quite dull to watch. A few bad results and fans will be complaining they want football the ‘West Ham way’.
LE

Aston Villa
Have a couple of flair players with the likes of Jack Grealish and Ross Barkley, the type of number 10 we could do with. A one man team though
LE

Leeds
There’s been a media love-in from the moment Bielsa arrived in England, with it seeming that only recently the press have questioned how great his attacking style is if you can’t find the balance with defending. My personal theory is there is no art in only attacking, and defending is just as important.
LE

Palace
They are great in their simplicity, and have an experienced defence who get the ball forward as quick as possible to their pacey forwards, but…
LE

Newcastle
Perhaps the most negative team in the League yet Newcastle knew what they were getting when they hired Steve Bruce. Steve Bruce is good at what he does, but what he does is never going to make him popular with the Toon Army.
LE

Burnley
Sean Dyche is good at what he does, but I don’t think even he would call his style of play entertaining.
LE

Fulham
I sense Scott Parker would like to play the free-flowing football Fulham played in the Championship but he simply doesn’t have the players to do so.
LE

West Bromwich
Managed by Big Sam should tell you how entertaining they are!
LE

I counted 6 teams who in my opinion are more entertaining than us. Given that we finished 8th last season that would make sense.

Where would you place Arsenal in terms of how entertaining they are?