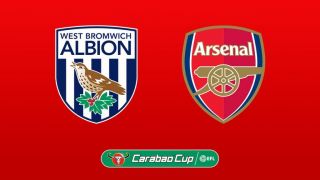 Arsenal will take on West Bromwich Albion at the Hawthorns this evening in the EFL Cup second round.

The Gunners arrive in dreaded form having lost both of their opening two Premier League games, and will likely welcome the chance to take a break from that this evening.

West Brom shouldn’t be taken lightly however, especially given they are very-much in form so far this season, winning three and drawing once from their four Championship outings, scoring 11 goals in the process.

We could really do with putting out a strong starting eleven and taking tonight’s match seriously, especially with the team in need of a confidence boost also.

With Arsenal expected to field a strong side, and with the need of a win, I struggle to believe that this game will be taken for granted, and envisage that the team will be motivated to put things right after a rocky couple of weeks.

We also have the benefit of a number of players returning to availability as noted in our Confirmed Team News earlier on today, which can only help our cause.

With all this in mind, I’m predicting a nice 3-1 win for Arsenal, and despite wanting to see a clean sheet, I feel like West Brom have enough to get one on the board.

What are your early predictions for the upcoming cup clash?