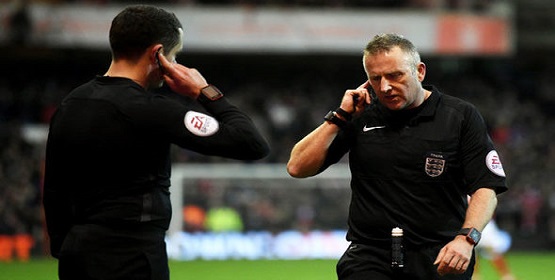 What are the new VAR laws and will it actually change anything in the EPL? 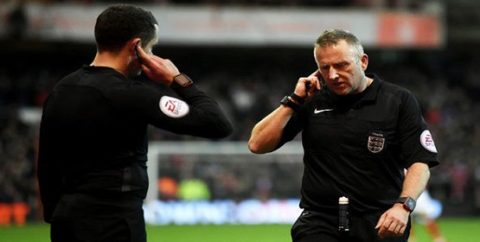 It is now well-known that VAR (Video Assistant Refereeing) will be used in the Premier League next season, but the referees themselves are not very keen on having the decisions taken out of their hands. The refs boss, Mike Riley, has already made it clear that he does not want it to take too much power away from the referees and should only be used very rarely.

“It will take us two or three years to get this right,” said Riley on the BBC. “You look at the work in Italy, you look at the work in Spain, the Netherlands and in Germany latterly, and the more people get familiar with the process and work out how to harness it for the game I think the more comfortable people feel,”

“Where VAR has been implemented successfully in other competitions it’s been a very high bar,” he said.

“We don’t want VAR to come in and try to re-referee the game. We actually want it to protect the referees from making serious errors, the ones everybody’s goes: ‘Well, actually, that’s wrong.’

“If we keep to that really high bar there is more chance of keeping the flow of the game, the intensity of the game and people enjoying the spectacle of it rather than constantly referring to the video screen for changing decisions.”

To be honest the rules look very clear to me, and the VAR will only interfere if he is reasonably sure the ref has made a wrong decision, but only in four key areas, which was made very clear by FIFA…

GOALS
The role of the VAR is to assist the referee to determine whether there was an infringement that means a goal should not be awarded. As the ball has crossed the line, play is interrupted so there is no direct impact on the game.

PENALTY DECISIONS
The role of the VAR is to ensure that no clearly wrong decisions are made in conjunction with the award or non-award of a penalty kick.

DIRECT RED CARD INCIDENTS
The role of the VAR is to ensure that no clearly wrong decisions are made in conjunction with sending off or not sending off a player.

MISTAKEN IDENTITY
The referee cautions or sends off the wrong player, or is unsure which player should be sanctioned. The VAR will inform the referee so that the correct player can be disciplined.

That all seems very sensible to me, but no-one wants continuous interruptions during a game. During trials in the EPL last season there were eight VAR checks on average, with the average check lasting 29 seconds, usually with both teams holding their breaths on the outcome.

I was brought up to believe that the referees decision was final, and should be obeyed even if they are wrong. At least this VAR may stop the players surrounding the referee when they think he has made a bad decision, or will it just mean that they will be shouting at him to talk to the VAR’

It’s a difficult one….