What is your dream Arsenal midfield for next season?

My dream Arsenal midfield lineup for next season

I hope that neither Granit Xhaka nor Dani Ceballos and Mohamed Elneny score a hat-trick against Olympiacos to make me sound stupid in this article. This is an opinion piece and thus if they do end up playing the match of their lives on Thursday, I request you to not thrash me in the comments section, as this article was written before The Gunners’ round of 16 second leg tie at the Emirates. To continue, here is what my dream midfield will look like come next season.

The first player on my midfield lineup, a no brainer. The Ghanaian moved to the Emirates on the summer’s deadline day but has barely featured for them since. The 27-year-old missed only 8 games during his time at Atletico Madrid.

But his start to life in London has been like the weather in England. Cloudy. Out of the Gunners’ 28 league matches, Partey has featured in just 14 of them.

No pre-season, demands of the Premier league and the congested fixture list of this unprecedented season have all taken a toll on Arsenal’s fresh recruit.

Although the Arsenal faithful have seen flashes of a player who is named in the same breath as other world class central midfielders, it has been far and few in between so far.

But the next season is where Arsenal and the Premier League will possibly see the true colours of the player, who is more often than not has been covered in a golden gift wrap by the Arsenal fans.

The Express reported last week that Arsenal have held talks with Bissouma’s agent, indicating their interest in the player. The 24-year-old might be the perfect player to supplement Thomas Partey.

The Mali international is superb at keeping position when pressed, something which Arteta licks his lips at. He has made 70 tackles in the Premier League, which makes him one of the best tacklers in the league.

He has also shown his calibre at shooting and dribbling on numerous occasions. At 24 year old, he is the type of player Arsenal should be looking at.

The Brighton and Hove Albion midfielder, in the past year, has 3.31 tackles, 2.02 blocks, 1.38 interceptions, 1.35 dribbles completed and has a 79.7% pass completion rate to top it off. Why is he an upgrade on Granit Xhaka you might ask? 1.66 tackles, 1.31 blocks, 0.63 interceptions 0.57 dribbles completed and a pass completion percentage of 62.69 are the numbers of the Swiss international.

Each and every aspect of the 24-year-old Brighton midfielder is better than Xhaka.

Considering Bissouma is four years younger than Xhaka, he is clearly the more appealing player for the future and their rebuilding process. It should be a case of out with the old and in with the new, better player. 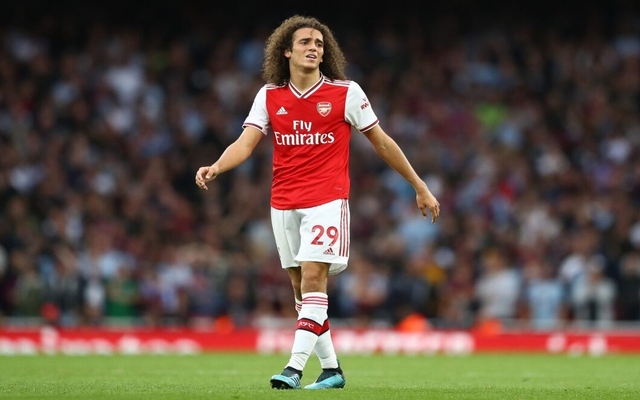 I don’t want to touch any wrong nerves of Arsenal supporters, but I believe Guendouzi has the potential to be a world class midfielder. Even better if it is at North-London.

The now 21-year-old played 48 matches in his first season at the Emirates, showing bravery and drive countless times. But the young Frenchman will only have a year left on his current deal in the summer.

I come from that section of the Arsenal fans who believe Guendouzi should be given a second chance at the Emirates by handing him a contract extension and a role of “third choice” central midfielder.

That position is currently occupied by the duo of Ceballos and Elneny. I am of the view that the money which is being quoted for Ceballos around 25m, can be better spent on other players who are better central midfielders than the Real Madrid man. Bissouma being at the top of my list.

Elneny, even though has impressed this season, I don’t believe boasts the quality which can take Arsenal back to the Champions League.

So I am rooting for Gunedouzi to come back to the Emirates. Come on!

Miguel Azeez: This selection might raise some eyebrows, but I completely believe in the 18-year-old abilities. Breaking through the first team is a matter of “when” and not “if” for the Englishman.

He has been one of the standout performers for Arsenal’s youth teams. Mikel Arteta gave him his first run out against Dundalk in the Europa League in December.

He showed some flashes of true quality and thus I believe he is going to have a good career. Watch videos or read articles, you will have only one conclusion afterwards: Azeez is an extremely gifted player. Loaning him out might be the best solution for his development. But if Arteta throws him in the senior team setup straight away next season, I won’t be surprised.

I am not of the view that either of Granit Xhaka, Dani Ceballos and Mohamed Elneny are the players who can facilitate Arsenal’s push for a Champions League spot next season. Cashing on them right now would be my personal choice.

What are your views? Don’t forget to comment below!