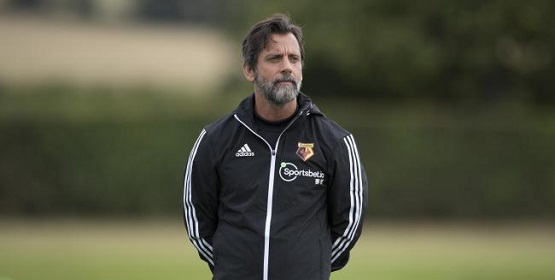 What the new Watford manager says about Unai Emery

Watford new manager Quique Sánchez Flores has been talking about the upcoming game against Arsenal and what he thinks of Arsenal coach Unai Emery.

Flores calls Emery a very clever guy who is always looking to take advantage of different situations and that he will be looking to surprise his opposite number.

“I know Unai, he is a very clever guy, he is always thinking about how he can take advantage in different situations, he is very good in set-pieces, he is always very hard in the work, very constant. We know each other so of course we will try to surprise each other.”

Flores and Emery have faced off against each other eight times with Flores coming out on top with three wins to Emery’s one, however, he believes that statistics are not important and is expecting a tough game.

Flores knows the sort of players that Arsenal have and the dangers they will pose for the Hornets tomorrow,

“The characteristics of a player of course define how the teams play, but it’s not just Aubameyang,” he said. “It’s Aubameyang, Lacazette, Pepe, the midfielders, the way they defend and the way we can attack, it’s many things. We try to get a good result to give to the players right now three key points to help us.”

Sensible words from the Watford manager, he is wise enough to show respect and heap praise on his opponents, he knows there is nothing to gain playing the big man and he will certainly be sending out his Watford side with a specific game plan to neuter Arsenal.