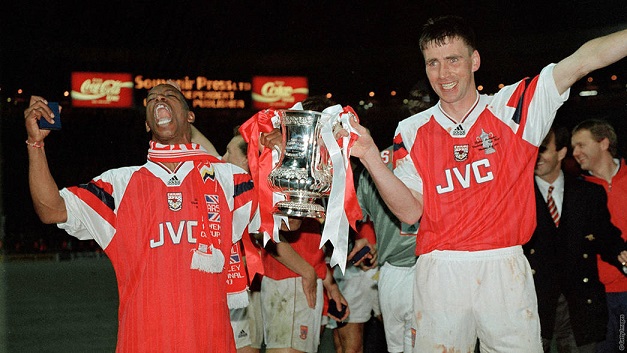 What year did Arsenal take 4 games to knock Leeds United out of the FA Cup? 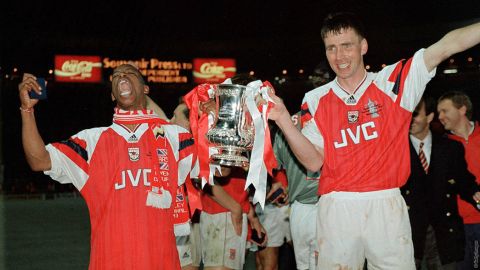 Back in the days when Lee Dixon played for Arsenal (and won 3 FA Cups I may add), the players were not so pampered and protected like they are nowadays, and also there was no such thing as extra time and penalties so you just had to play again a few days later until someone got a result.

Lee remembers one classic 4th round tie against Leeds United that took FOUR games before Arsenal managed to get through. It probably took a lot out of them as the Gunners finally got beaten by the Spuds in the semis, but it is a very happy memory for Dixon. He told the Yorkshire Evening Post: “Make no mistake, if you ask any player who has been lucky enough to get to a final, they will say it was probably one of the best days they have had in football.

“It still has a lot of prestige for me and I’m always excited when the draw is made.

“This year with it being Leeds, it is even more important because we had those epic games with Leeds with the million replays – it seemed like the games would go on forever – so happy memories of that in particular.”

Just a couple of years later, Arsenal yet again met Leeds United in the 4th round, but this time it only took one replay for the Gunners to get through but this time we actually got to the Final and it still took a replay for the Gunners to beat Sheffield Wednesday 2-1, with Ian Wright scoring in the original 1-1 draw and also in the replay. It was Andy Linighan that scored the winner in the dying minutes of the game. That is Wrighty and Linighan in the pic above.)

A couple of reason’s why that game was also interesting, was that Arsenal had already beaten Wednesday 2-1 in the League Cup Final earlier in the season, and secondly it was David O’Leary’s last game for us before going on to join Leeds United!

Those were the days, eh…