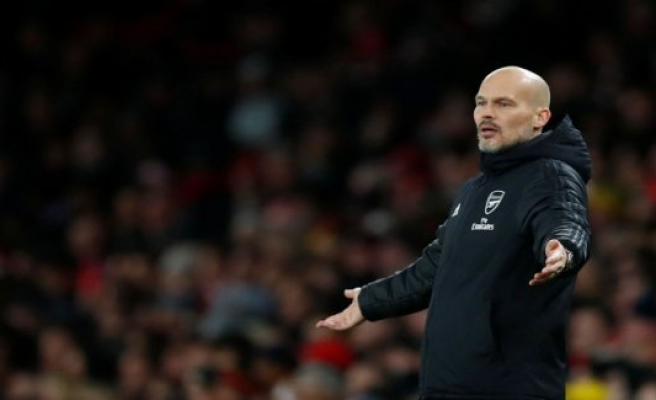 When all hope is gone, what are Arsenal fans to do?

When all hope is gone….. by Lagos Gooner

It was not easy for me picking up my pen to write this; but if I don’t then I may not totally heal, emotionally, from the shocking defeat of yesterday. How heavy my heart has been since the defeat, is simply incomprehensible. Oh my Arsenal; which way to go?

It is not news that we lost at home to Brighton by 2 goals to 1! It is not news that our highly-paid footballers didn’t turn up for the game; even though our coach believes we played just for 20 minutes. It is not news that a lot of Arsenal fans are actually devastated again, after feeling exactly the same way since the start of the season. What is news, however, is that we don’t seem to know how to win games again.

After yesterday’s game, I must confess that it may take an angel of God to show optimism. After yesterday’s game, I won’t be surprised if a lot of fans will decide to suspend their supporter-ship of Arsenal, just like I am contemplating to do. If I don’t ever get to watch an Arsenal game until further notice, nobody should blame me. I love Arsenal with all of my heart, but when Arsenal seems to be breaking my heart constantly, then I need to step on the brake for a while.

The last time I wore the Arsenal jersey, was when we won our last FA cup; ever since then, I have been looking for that special moment to wear my club’s jersey with pride, but unfortunately I have not found the moment yet. Will my Arsenal ever make me proud again? Will my Arsenal ever give me bragging rights? Will I ever watch Arsenal win a trophy again? When will the fans ever smile again?

Hope is the easiest thing a man can cling onto when all seems to be working badly for you; but even the hope is difficult to come by at this critical and troublesome period of our season. When all hope seems to be lost, where are the fans expected to run too?

Sports is entertainment; sports is relaxing; sports is a form of relief. But when sport becomes the very thing that increases your stress and emotional tension, then all hope is gone.