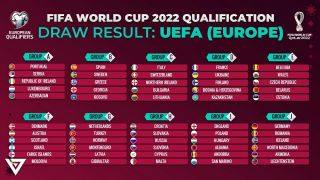 When are Arsenal’s international players ever going to get a break?

This season is only half of the struggle!

I think it would be safe to say that a stop/start season revolving around a dangerous pandemic hasn’t exactly been the easiest for footballers and football clubs this year.

But given how the Euros are this summer (COVID permitting of course) and the World Cup is next summer, it doesn’t seem like it will be getting any better for Arsenal’s international players will it? 🙈

The players have been and will continue to be put through their paces for domestic and European football, added to by a Euro tournament and qualifiers and friendly matches for the World Cup. So if they thought playing thick and fast after a pandemic was the worst it would be I think they would be wrong..

So do the players deserve time off after the Euros, next season and the World Cup? I would say yes but we know that is not going to happen so although it is good for us football fans to be spoilt with all of the football we will be seeing, ultimately it comes down to what is important, the health and well-being of our heroes, idols and genuine human beings who are not robots and will need more than a few weeks to refresh and come back as strong as possible.

But unfortunately that decision is not down to us fans it is down to the FA, FIFA, UEFA and all footballing bodies to decide what will be best for the players health for both the present and the future!

And I for one would like it to be a decision that would benefit the players health and well-being, rather than selfishly wishing there was football on 24/7, otherwise us fans may be losing our top players to injury more often than we are used to and then our clubs will really be impacted in the worst way possible!

Gooners, do you think it would be fair on our international players to play without a sufficient enough break to recover?