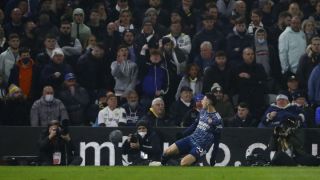 When are the EPL going to start protecting fans and players from new Covid crisis?

PL must do more to protect our clubs! by Shenel

The Covid crisis is rising once more but as always TV broadcasting payouts along with fan attendance seem more important than the safety of our players!

Due to the ongoing increase in Covid cases in the world of football, you would think the sensible thing to do would be to postpone matches and give the league a longer break, as it won’t be getting better any time soon.

Yet the Premier League for whatever reason seems against putting the season on hold and in turn just postpones games if and when they have a high number of positive cases.

Well take a look at the Women’s Super League, a number of games have also been postponed this weekend including the Arsenal women’s tie against Brighton.

Meaning the women will now have a longer winter break than was planned but in the long run this is probably the best option for the players health!

For the men though the tough winter fixture schedule is still among us and it doesn’t seem like it’s going anywhere.

As much as I want the games to continue there is no doubt next year is going to be another tough one when it comes to playing matches for our players, what with the World Cup also taking place.

If games keep getting postponed and played at a later date in the new year then more and more clubs will definitely suffer with burnout and injuries.

Look at the Bundesliga, they go by area and cities, and if the cases are high they allow only a small small number of fans or even zero fans in. In contrast watching the Leeds game last night, anyone would think there was no sort of a pandemic in the world. There was hardly a mask in sight in a packed stadium.

I want nothing more than to watch football every three days but not at the expense of the wellbeing and health and safety of our players and fans!

Yet cases will continue to rise in just another setback for the world!

But this is another day in the money grabbing world of football and the Premier League. And what do they care if it’s not their family member travelling to watch games and playing week in week out!