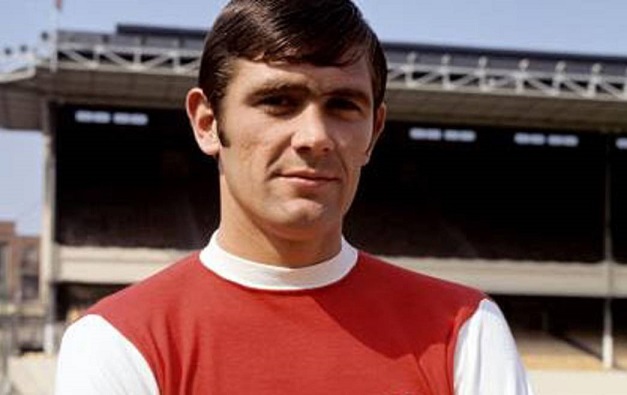 Where are they now? #1 – The Arsenal great, Peter Simpson

WHERE ARE THEY NOW? – GREAT PLAYERS WHO HAVE SEEMINGLY FADED AWAY. by Ken1945

One of my favourite Arsenal players of all time, Peter Simpson was one of many unsung heroes who formed the backbone of our teams throughout its history.

I am certain that only the old fogies amongst us will recognise his name, not only because he was a seemingly shy man, but because he just seemed to get lost as the years rolled by.

Peter was born in January 1945 and started his career with The Arsenal as part of the ground staff in 1960 and moved up to the status of apprentice a year later, with his position listed as either centre-half or left-half. His senior status began in 1964, his first game being against Chelsea, which saw us lose 4-2.

This promotion in the ranks did not herald a regular place however, until Bertie Mee took over the reins at the start of the 1966-67 season.

He was a man for every left sided outfield position, classed in those days as a utility player, but once he became a regular choice under Bertie, he was seen playing alongside our captain Frank McLintock.

He was in two League cup finals, both times on the losing side unfortunately – 1968 when we were humiliated by Swindon Town and the following year by Leeds United.

But success was to follow, as we won our first ever European cup, when Simpson was part of the great team performance that saw us lift the Inter Cities Fairs Cup in the 1969-70 season.

This result was the springboard for our first ever double in 1970-71, although a serious cartilage injury saw him miss the first three months.

He made 370 league appearances and scored 10 goals for our club before he left for pastures new at the end of the 1978 season, having played a total of 477 games and scoring 15 goals and he is tenth in the Arsenal all-time appearance list.

Despite being called up to the England squad a few times under Sir Alf Ramsey, he never did get an England cap.

Peter was one of those players who went unnoticed on the pitch, just performing at the highest level in a quiet but such effective way.

His link up play with Geordie Armstrong was perfect, but it was Geordie who always took the eye, as Peter was a naturally defensive kind of player.

He was also a very well built and strong player, who never backed down from a challenge and it was rare to see him get beaten in a one on one situation.

He gave as good as he got, especially when we played the likes of Leeds, who always wanted to kick every other team off the park. Despite this, I can never remember him being cautioned or sent off, perhaps others may have known of his disciplinary record?

To my knowledge Peter has never returned to the club in any capacity whatsoever and it was reported he had said that he had completely lost interest in football.

After retiring, it is said he worked three days a week for a building company and played golf for the remainder of said week, so it seems sport was still in his blood, but football was not!!

It is so strange that a man with Peter’s ability and record has turned his back on football, it would be great to see him come back as a guest now and again during our half time interviews.

If anyone wants me to do a similar topic on one of their ‘favourite but forgotten’ player, please let me know in the comments below…my next player in the pipeline is Peter Marinello – our own Georgie Best.