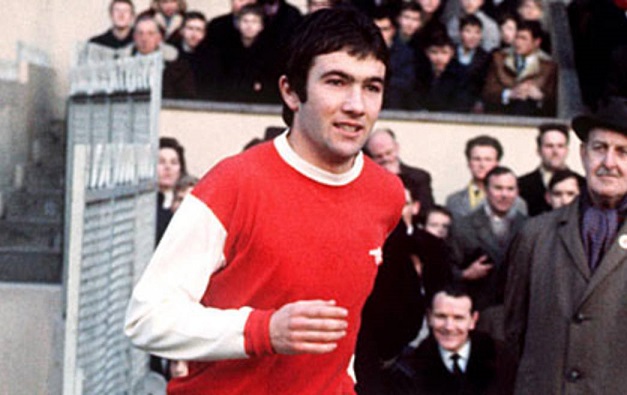 Where are they now? Arsenal’s much-maligned Jon Sammels

WHERE ARE THEY NOW – GREAT PLAYERS WHO HAVE SEEMINGLY FADED AWAY. by Ken1945

Jon (as he was known by us Gooners) joined the club in 1961, having been a supporter of the club since childhood.

Once again, I have to mention Peter Simpson, as he was a fellow East Anglian and Jon followed him to the club and played in the same team for quite a few seasons.

After playing exclusively in the reserves for the first two seasons, Jon made his first team debut on 27th April 1963, scoring against Blackpool in the process.

But this did not herald a regular first team place and, in fact, he made only two appearances in 1963-64 and none at all in 1964-65, but this could be explained by two names, George Eastham and Geoff Strong.

He was patient however and this was rewarded the next season and that followed a complete first team season in 1966-67.

He played in the humiliating League cup defeat by Swindon Town in 1968 and then another cup final defeat in the same tournament the following season, 1969, this time by Leeds United.

It was the following year that Jon finally tasted Cup Final success, when we beat Anderlecht in the Inter-Cities Fairs Cup Final, scoring the winning goal.

The final whistle caused scenes at Highbury that, for those of us lucky enough to be there, will remain forever in our memories.

It was an overwhelming outburst of relief, wonder and pure joy that we had come from 3-1 down in the first leg to claim the cup with a 4-3 aggregate win.

Then came the double in 1970-71 and although Jon had played enough games to earn a medal, he suffered a bad ankle injury, and this saw him struggle to regain his place.

In actual fact, he played no part in the cup final and, it seemed that, with George Graham taking over his role, his time at our club was coming to an end.

His complete stats for The Arsenal read 270 games played and 52 goals scored.

As one can see, an exceptionally long and distinguished career – but he divided opinion amongst The Arsenal fans and was a regular target for those looking for a scapegoat during matches.

He had an incredibly strong and accurate shot and was a team player who loved The Arsenal, but he and David Price were the players who took the brunt of fans who feel they support the club by booing them!!!

A quote from Bob Wilson reads “Jon was my room-mate and the night before the FA Cup final, he was seriously choked up.

“I can’t even begin to imagine what it must have been like for him to miss out on the climax to the Double season, after he’d been at Highbury all those years.

“You hate to hear one of your team-mates receiving criticism from the crowd.

“Fans have a much bigger influence on players than they think.”

After his career ended, Jon started work as a driving instructor and retired from that in the 2000’s. It seems he still lives in the Leicester area.

Looking back at players such as Jon and David Price, it reminds me of how a player can be targeted by a minority of “fans” (as is their right of course) and it isn’t a new phenomenon.

The difference is, back in those days the players took it, they didn’t swear and kick water bottles all over the place!!

Just digesting what Bob Wilson had to say shows how unproductive these fans really are and I take my hat off to Jon for putting up with the abuse for so long.

Thanks for the memories Jon.

Thanks to “The Story of Arsenal” by Jon Spurling, www.Arsenal.com, Untold Arsenal and Wikipedia for information gleaned.