Where can Arsenal still look to strengthen? 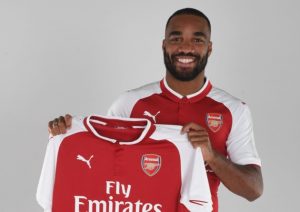 Arsenal fans can be relatively pleased with their club’s summer transfer business so far after signing one of the best strikers in France and one of the best defenders in Germany. Alexandre Lacazette and Sead Kolasinac should slot straight into the starting 11 and improve it considerably. But there is still plenty of work to be done after the Gunners fell to their worst league finish in Arsene Wenger’s 21-year tenure last campaign. Rumours have been flying around but no further signings have been forthcoming, and Arsenal fans will have to hope that club officials are simply biding their time and waiting for a late flurry of activity before the transfer window slams shut.

Of course, the main priority has to be keeping hold of star forward Alexis Sanchez and fans are in for a nail-biting couple of weeks as the likes of PSG and Man City continue to be linked with him. If they can keep him for another year they will have a real chance of competing for the title as he is arguably the most devastating attacking force in the division. Nailing down Mesut Ozil and Alex Oxlade-Chamberlain to new contracts would also be a plus.

There is also a lot of deadwood to shift in a squad that is looking bloated. Arsenal are prepared to listen to offers for Kieran Gibbs, Jack Wilshere, Lucas Perez, Calum Chambers, Mathieu Debuchy and Carl Jenkinson. If they could shift the lot they would bolster their war chest considerably and make room on the wage bill for new arrivals. But so far only Wojciech Szczesny has been moved on, with Juventus snapping up the Polish stopper. Arsenal perhaps need to lower their demands a little on some of these players in order to give their squad a facelift.

The main rumour that will not go away is Thomas Lemar, and if Arsenal could capture the French prodigy it would be a real coup. He blazed a trail of brilliance across Ligue 1 last season as he helped inspire Monaco to an unlikely title victory over PSG. Persuading Monaco to part with him could prove tricky as vultures are picking their team apart, but Man City have twice persuaded Monaco to do business this summer and Chelsea prised Timoue Bakayoko from them. If Arsenal are really serious about signing Lemar, they should chuck another £10 million at Monaco and end the drawn out saga. 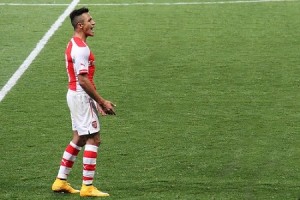 The Gunners look to be fairly well stacked in the striking department, provided Ozil and Sanchez stay. The new formation Wenger is persisting with sacrifices an attacker in favour of an extra defender, so there are only three starting berths up front and you would have to imagine them going to Sanchez, Ozil and Lacazette. In reserve they would then have Danny Welbeck, Theo Walcott, Olivier Giroud, Alex Iwobi and potentially Wilshere and Perez if they stay.

Perhaps then the need is more pressing in the defensive department. Switching to a three at the back system made Arsenal far more solid at the tail end of last season and they were rewarded with the FA Cup. Going into the new campaign, however, they are already facing a fully predictable injury crisis. Gabriel is a long-term absentee, Laurent Koscielny is out, Shkodran Mustafi is out and Per Mertesacker missed the curtain raiser against Leicester too after taking a whack from Gary Cahill in the Community Shield.

If Arsenal were to sign a superb centre-half it would be a real statement of intent. Goal scoring has never been their problem, but leaking goals has. A £60 million splurge on Virgil Van Dijk would galvanise the club. A holding midfielder would be a brilliant addition too. Arsenal accepted a bid for Mohamed Elneny this summer, showing Wenger does not rate him, but the Egyptian opted to stay and fight for his place. Meanwhile Francis Coquelin has gone backwards, and a real strong presence in the midfield engine room would be a huge bonus. Granit Xhaka and Aaron Ramsey are neat and tidy players that like to get forwards, but both lack discipline and neither is strong in the tackle. If Arsenal spring a couple of surprises between now and September 1 and strengthen their core then they could be a real threat this season.

Certainly without the burden of playing in the Champions League they should get back into the top four as a bare minimum. In the latest sports spread betting you can buy Arsenal at 74 points, which looks a great bet. They racked up 75 last season and it was a huge disappointment. They have since bolstered their side, there is no more uncertainty around Wenger’s future and they should keep hold of Sanchez, so there is every reason to think they will get 80 or more points. But some more signings would be nice as their rivals continue to strengthen.

Martin Green is an Arsenal fan and would love to see defensive reinforcements brought in.