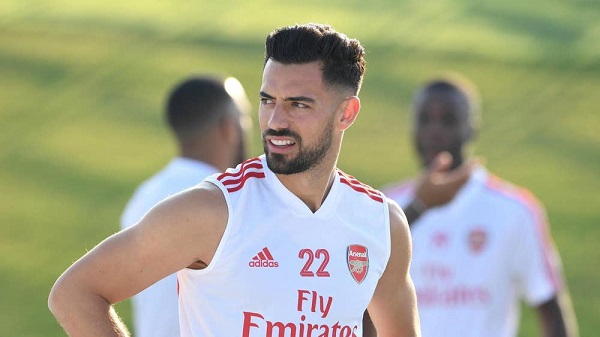 Which game would be the perfect game for Pablo Mari to make his first Arsenal start?

Arsenal signed Pablo Mari in the last transfer window as they continued to struggle at the back.

They, however, have gotten better in defence and it is becoming harder for the former Manchester City defender to find an opening to play for the Gunners.

Mari impressed Mikel Arteta with his attitude at their Dubai training camp and the Spanish manager seems eager to give him a chance.

But, the players ahead of him haven’t dropped their levels since they returned from Dubai and Arsenal would want that to remain as it is.

However, Mari will be desperate to play as he would want to show Arsenal that he is deserving of a permanent deal.

Arsenal’s game against Manchester City has been called off and their next fixture after the visit of Olympiacos will be against Portsmouth in the FA Cup.

I expect the visit of Olympiacos to be too soon and too high-profile for Arteta to test Mari, though there is a good chance he may be one of the substitutes.

The Spaniard can, however, be given the chance to play in Arsenal’s FA Cup match against Pompey. Arteta would no doubt want to win the FA Cup as well and continue Arsenal’s fine history in the competition.

Mari would do well to seize his chance if he starts against Portsmouth because if he fails that audition, he may never get another chance to play for Arsenal again this season, not with there only being high-pressure Premier League, Europa League games and probably, FA Cup matches left.

In conclusion, it really could be Portsmouth or bust for the former Flamengo defender.