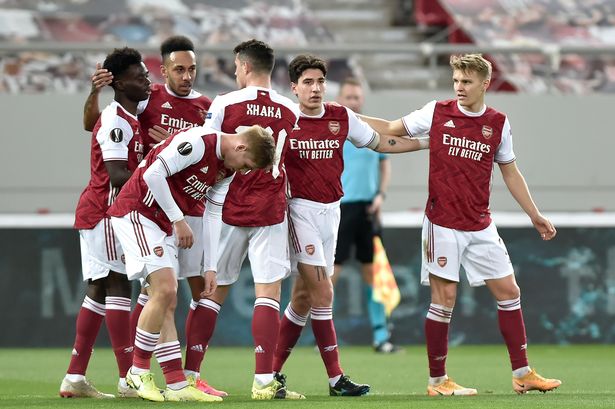 Who are Arsenal’s untouchables ahead of the summer? (Opinion)

We are into the latter stages of the current season which means eyes will already be looking at the summer transfer window, but which Arsenal players will be untouchable?

Firstly you have to start with Kieran Tierney. The young Scot has earned his place in our hearts, wears his on his sleeve for all to see, and is a potential club captain in the making.

Next on the list has to be both Emile Smith Rowe and Bukayo Saka. The pair not only came through the ranks, but they have stamped their authority on the first-team, and are amongst our most valuable players.

After the above, there are very few who I can firmly say without a doubt will be with the club next season.

Thomas Partey is the most obvious one. He only arrived in October and is yet to settle properly into the team due to injuries, but he is most certainly in our long-term plans.

Gabriel Magalhaes is another with a similar profile after suffering with Covid-19, and is yet to stamp the same authority on his role since.

The rest of the players have their own question marks to attend to. I would love to tell you that Gabriel Martinelli is 100% happy and has the brightest future of them all, but recent months will have told you anything but.

The Brazilian is a player who would cause uproar if sold on, and one who you would at least hope that the club would refuse to sell, but for whatever reason, since the beginning of February he has remained fit, yet not featured for more than 15 minutes of a single matchup.

Pierre-Emerick Aubameyang should also be untouchable, but this season he has been anything but. He has been rested and overlooked in favour of others, and rightly so. He has been a shadow of his former self, and with two years on his contract, you wouldn’t be overly shocked if there was an exit.

Arguments could be made for Nicolas Pepe, Pablo Mari, Rob Holding and Bernd Leno, but I struggle to understand why any of those would be kept if the right offer came in.

Leno’s departure stands as the most unlikely on his importance to our side, but I can’t help but believe that he would be relatively easy to replace, while Pepe’s departure would likely be blocked simply because of the fee we paid to land him not long ago.

For me, there is only five players who I’m certain are not for sale this summer regardless of what happens between now and the end of the campaign, but I’m sure I’m not alone in hoping Martinelli can make that six.

Who would you be most shocked at seeing leave this summer?