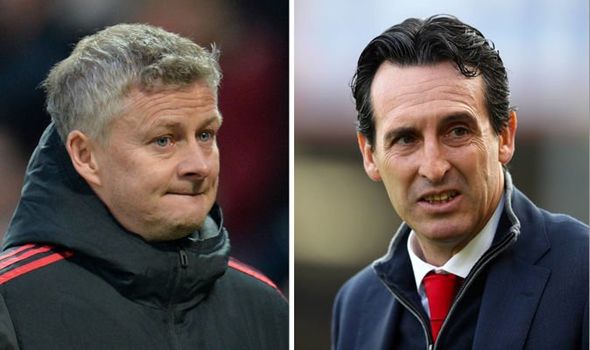 Who needs a win tonight more? Solskjaer or Emery?

We all know this is a massive game tonight, as meetings between Man United and Arsenal always are, but who is the most likely manager to suffer if their team loses, Solskjaer or Emery? I know we all think that this is Arsenal’s best chance to win at Old Trafford for years and years, but would many Arsenal fans really be upset if we don’t come away with any points? Isn’t that what happens every year anyway, no matter which United team we face up there?

So we may be grumpy if we lose, but we are hardly going to be surprised, and we won’t expect Emery to get the sack on this one result. Solskjaer, on the other hand, is under great pressure. Despite the squillions United have spent in the transfer market, they have had an awful start to the season. Only one win in their last 5 League games, and dropped points against West Ham, Wolves, Southampton, and the awful home defeat to Crystal Palace have left them down in 8th in the table. If that hasn’t put Ole under massive pressure to win today then nothing ever will!

When Roy Keane on Sky asked if this was the perfect game to start winning again, the United boss said: “The next game, if you win it, is the perfect game, whatever opponent you meet. For us, the games against Arsenal have always been great for the spectators, and for us. We’ve got a good record against them. For us it’s about focusing on ourselves, doing our bit, and seeing if we can solve the problems they give us.

“I think it will be an open game, two teams that want to attack, and the next game is always the perfect occasion to prove yourselves. Every game here is a game you want to win, and have to win.

“We are looking forward to it. I’ve watched Unai Emery over many years, and system-wise he can come with any shape, he knows it all.”

He can come up with any system and I only hope that whatever it is, it confuses the United players. I just hope it doesn’t confuse our players lol.

But seriously, considering the awful run United are on, I am thinking that the United Board are going to be getting close to breaking point, and if Solskjaer loses to Arsenal at home (which never happens!), he could be waiting for the dreaded “vote of confidence”….