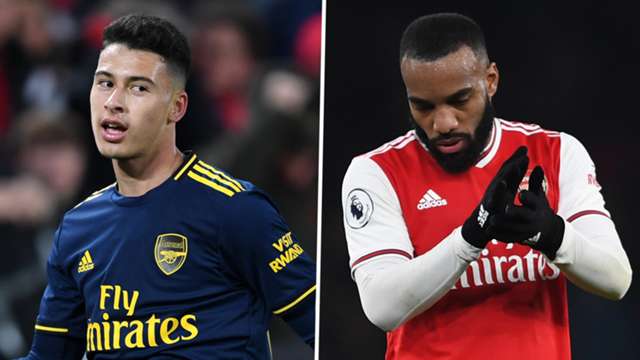 Who should be Arsenal’s first-choice starter? Martinelli or Lacazette?

Between Martinelli or Lacazette? by Lagos Gooner

It was a thing of relief to watch Arsenal finally win a game after nine attempts. The players on the field of play showed the hunger and passion needed to play for Arsenal, and it worked out well at the end of the game. One person who impressed me the most however, is our Brazilian hot cake; Gabriel Martinelli. That dude was on fire! Wow!!!

Whenever Arsenal is set to play, I always look forward to seeing our line-ups on JustArsenal about an hour before kickoff, so I know if I would love to watch the game live or just follow live updates online; I have not really been motivated to watch Arsenal play these days, for obvious reasons. However, when I saw the lineup against West Ham and I saw Martinelli’s name on the team sheet, I made up my mind there and then, to watch the game. I never regretted doing so.

Now after watching the game, the question I asked myself was “between Martinelli or Lacazette, who should start more games?” I bring this question to you guys, but while I await your arguments, I wish to state my points supporting……

Gabriel Martinelli, a Brazilian wonder kid, who was bought by Arsenal last July, has appeared 14 times (7 starts and 7 subs) in all competitions for Arsenal and has 18 goals to his name. He has mostly performed well in league cups and continental football games; his first Premiership goal was scored on Monday night against the Hammers. He is naturally a winger but Emery used him as a point man on a few occasions because he has an eye for goals. He scores with ease and makes one fall in love with his young talent when watching him. He started for the first time in the league on Monday and he scored. Now, if Ljungberg plans on playing a three man attack, then he has to consider Martinelli; he can either play from the flanks or centrally. By doing this, one of Auba or Laca has to be dropped; both are point men and neither is effective playing from the wings. Martinelli is capable of handling the spot-light, all he needs is encouragement.

Alexandre Lacazette, bought in July, 2017, has paid his dues in full at Arsenal. Lacazette alone is enough to lead Arsenal’s attack weekly. His game time and influence in the team was reduced partly due to the purchase of Auba; not a fault of his. Whenever he plays, he exudes so much energy and passion and he is known to be a team player. He has appeared 77 times for Arsenal has over 30 goals for Arsenal. However, with Auba scoring more goals per two games for Arsenal, Laca finds himself sitting on the bench most times. The only time he starts together with Auba is if the coach wishes to use a three man attack. This type of attacking formation has not really produced results, because most times, it lacks creativity and lacks wingers to create chances. Lacazette can be effective being a lone striker but then, he can’t play from the wings.

I can go on and on but I would love to pause here and hear you guys out. Who would you choose as first-choice starter? Martinelli or Lacazette?