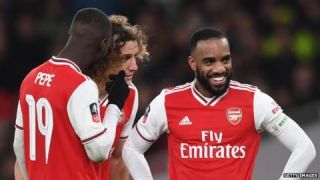 Having supported Arsenal football club for over 50 years, I believe that I should put my 2 cents into the current debates that are ongoing about the Gunners.

Having endured many different Arsenal players and managers over this 50 year period, unfortunately we are in a huge mess probably as bad as I have ever seen.

I believe that we have the correct coach in Mikel Arteta, even though he is still young and has limited experience, he is showing signs of being an astute leader. But we have to accept that there will be times when we disagree with him as fans of our club and that he will make mistakes along the way, as long as these are addressed and he learns from them.

The senior management are a different kettle of fish as they do not seem to have a coherent plan how to improve the club, we have to accept at this time the ownership is in the hands of people who aren’t supporters of the game and especially our club, but that is how the game has changed over these 50 years – money, money MONEY.

Looking at the current Arsenal squad the below players should be sold, loaned out or sent back so that rebuilding of the team can progress with players that fit Mikel’s vision:

• Sokratis Papastathopoulos – now 32 and not up to the task, if he ever really was…

• Sead Kolasinac – still has ability but I believe we have enough talent within this position, and we need transfer money.

• Shkodran Mustafi – not up to the task – must sell.

• Mesut Ozil – not up to the task – sell/loan or anything, but get him out of the club. We had the best of him but now he is just causing issues with his overinflated paycheck.

• Ainsley Maitland-Niles – has ability but not consistent. It might be good for him to go elsewhere either on loan or be sold.

• Matteo Guendouzi – has shown glimpses of talent but also of his rebellious side, and I believe Mikel is getting tired of him – sell to increase the transfer pot.

• Lucas Torreira – if believed from reports he isn’t happy and would like to return to Italy. If this is the case we should sell, but it will be a shame as I believe he would have been a great player in years to come.

• Alexandre Lacazette – We should try to offload, especially if he can be part exchange with a player required, an exceptionally good player but has not shone at Arsenal as expected.

• Mo Elneny – not required and not a good fit so sell.

• Henrikh Mkhitarayan – Sell – He is not required and if a suitable part exchange can be done that will benefit the club that would be good – or just take the money!

Players that we should buy or extend current contracts:

• Pierre-Emerick Aubemeyang – incredibly special talent that we should not let go offer a real teacher to our new young stars.

• Bukayo Saka – we must give him a long-term contract so that he can flourish and become an Arsenal star.

• Gabriel Martinelli – a true superstar in the making, hopefully in the same mold as Nicolas Anelka for goal scoring, but not in deciding to jump ship after a couple of good years at the Gunners and then basically mediocre afterwards.

• Pablo Mari – looks promising and I’m glad to see that we have signed him, as I believe he could be a reliable member of the team for years to come.

• William Saliba – One to watch and hopefully a great buy, especially if he can establish himself into Premier league football and more importantly as an Arsenal great.

• Thomas Partey – this is the type of player that we urgently need in the middle of the park. A great tackler and distributor of the ball – a must buy.

• Dayot Upamecano – another central defender that we are desperately in need of – proven talent and with Saliba could be the new Arsenal back-bone.

Arsenal need to look at the academy players and bring on the talent that we have there as well, and slowly bring in additional players that will bring the club back up to where we belong, and that is top 4 minimum, but realistically looking at winning the league. We know that this will take time, but the plans have to be created and acted on so that we fans can see progress, and not what we are seeing at the moment – Pure Chaos!

From a 55 year old Arsenal supporter living in Thailand but still flying the flag!