Who would have thought Arsenal fans would be missing Arsene Wenger? 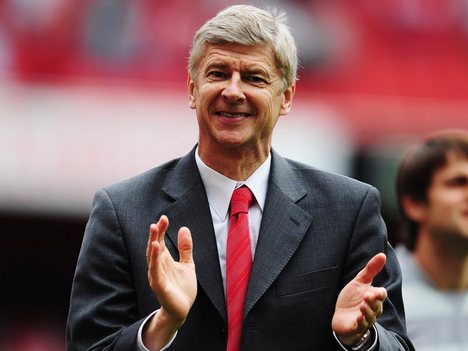 WENGER’S SHADOW NOW GONE AND THE FOOTBALL IS NOW BORING! by Amagore

They say, “You never miss your water till your river runs dry”. This is exactly the feeling I experienced at the end of the ninety minutes at Bramall Lane in the steel city of Sheffield. I never imagined that I would find myself cursing the day Wenger left my beloved Arsenal. It is a fact that towards the unexpected end of Wenger’s tenure at Arsenal the club’s performances had taken a nosedive. I am among those Arsenal faithful who felt Wenger had overstayed as the manager of Arsenal football club. However, I never thought I would witness boring football at Arsenal so son and start missing Arsene Wenger.

Wenger’s name had become synonymous with everything that happens at Arsenal. After guiding Arsenal to three titles Wenger had the difficult task to manage the club under serious austerity measures brought by the club’s ambitious project to build a world class Stadium. It is not a secret that the club had to borrow to finance the construction project. This meant the club had commitments to service the credit facility and resorted to selling some of the stars who made Arsenal tick. It was during the years of austerity that Wenger proved that he was a financial genius, as he managed to keep the club in the Champions league and in the process helped the club broaden its revenue sources.

The years of austerity and after were a mixture of disaster and happiness. Many will remember the 8-2 disaster in what was once called a Theatre of Dreams, now becoming just an ordinary Venue of Old Trafford. Some will remember the 6-0 loss at the hands of Chelsea when Salah was still a Chelsea player. The Anfield losses will be remembered too as a part of the disaster that the legendary professor presided over. On the other hand, all gooners and goonerettes will remember the 3 FA cup successes in four years before Arsene finally succumbed to pressure and resigned.

Wenger’s departure was certainly a chance to start a new chapter in the history of Arsenal. The club appointed Unai Emery as Wenger’s successor. Maybe they looked at his success in the Europa league in three successive seasons with Sevilla of Spain. Maybe they considered his success with the cash rich and Star studied PSG in Ligue One. His appointment was a source of hope and after enduring two defeats in the first two games of the 18/19 season Unai managed to achieve a 22 match Unbeaten run. It was really refreshing to see how he went about his business. However, he failed to take back the club back into the elite Champions League and in the process failed to erase memories of Wenger relegating the club to the unfashionable Europa League.

In my case I attributed the failure to secure Champions league to Unai’s inexperience in the EPL and I made a decision to give him the benefit of doubt. In the end, his first season ended with the club languishing in the Europa league where Wenger had left the club.

During the off season Unai offloaded some of the players whom Wenger had trusted as he focused on shrugging off Wenger’s shadow. It was an opportunity for Unai to establish his own style, as Wenger’s philosophy was still engraved in the majority of the players at his disposal in his first season. I am tempted to think that Wenger’s touch influenced some of the results in 18/19 season.

Unai seemed to be a shrewd tactician in his maiden season but his second season is raising doubts. I have watched Arsenal play this season and I am struggling to understand the Unai style of play. With Wenger at the helm,, we knew the team had a unique way of playing which involved passing and possession, though in the later stages of his managerial position at Arsenal Wenger had lost the touch of flair which helped Arsenal play well both in victory and defeat.

A look at the latest defeat against Sheffield will point and attribute the defeat to none other than Unai himself. His team selection is becoming a joke. One wonders how on earth Ceballos started on the bench; questions will be asked why the bench seemed to be stronger than the selected first eleven let alone the absence of Ozil who is the highest paid player at Arsenal. Yes, Ozil is not a consistent player but his intelligence and creativity would certainly have helped the team against Sheffield. All due respect to Sheffield’s defensive organization but someone of Ozil’s vision could certainly help unlock that defence with his eye for the perfect pass.

Unai must do away with emotionalism when picking the team to do duty. Ozil may not be his favourite but there is a reason why the club is paying him 350k per week. I must admit I am not a great fan of Ozil’s, but his stats are there for all to see how useful he can be. May someone please remove Unai’s blinkers so that at least he picks Ozil.