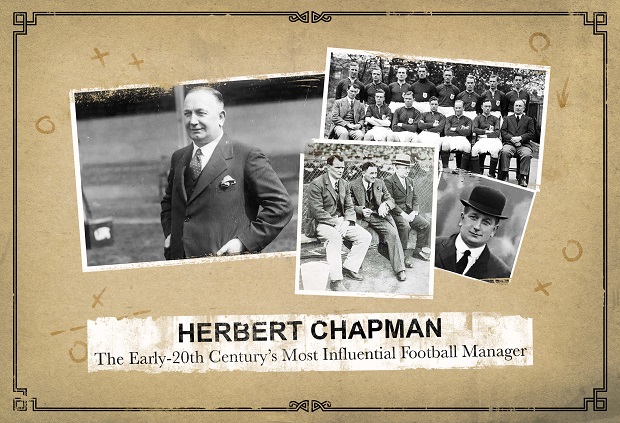 WHAT MAKES A MERE MORTAL BECOME IMMORTALISED WITH A STATUE COMMEMORATING HIS WORTH TO THE ARSENAL? by Ken1945

I often walk around the Emirates, reading the stories behind the Arsenal players adorning the outside, alongside supporters’ stories regarding their personal experiences with each individual. The walkways leading to the stadium have different players looking down on us, as we make our way to and from our wonderful stadium,

It got me wondering; what makes someone, out of all the great players, managers etc we have had, deserve the ultimate accolade of having a statue unveiled?

Herbert Chapman, Tony Adams, Thierry Henry and Dennis Bergkamp currently have that honour, with Arsene Wenger soon to join this elite group of individuals, so I thought I would look at each person’s history and why they have been honoured in such a way, starting with Herbert Chapman.

I searched high and low for his history and, by chance, came across the final AW match against Huddersfield (thanks Phil), where the following had been written in their matchday programme. I have cannibalised it, in order to make it reflect Herbert Chapman’s links with us.

Chapman made a career as a player before turning to management. He turned out for over a dozen teams, including Rochdale, Northampton and Tottenham Hotspur.

He entered management during his third stint at Northampton as player manager, before he took over the reins at struggling Leeds City.

Chapman spent seven years at Leeds, before receiving a lifetime ban from football for a case involving illegal payments to players and two blackmail attempts in 1921!!!

However, after appealing against the ban and winning, he returned to football later that year to take over at Huddersfield Town, where he guided them to their first ever major honour in 1922, the FA Cup – their only win in this competition to date.

Just two years later, he won the league title and The Terriers became the first team in history to claim three in a row.

But in 1925, his involvement with The Arsenal began…reportedly after being offered almost double the salary that he was on!!!

In his first season in charge, we finished 2nd, the highest ever in our history at that time.

Two years later, he guided us to our first ever major trophy, beating his old club Huddersfield in the FA Cup final – followed by the first Arsenal league title ever the next season.

In doing so, they racked up 66 points, when only two points were recorded for a win!!!

Tragically, Chapman contracted pneumonia during the 34/35 season and died at the age of just 55.

To this day, we can still see some of the innovative ideas this great man brought to the club:

Including; Teams walking out side by side – Arsenal tube station (where he persuaded London Underground to re-name Gillespie Road and the original name is still visible on the tiles) – The famous Highbury Clock – numbers on the back of jerseys – smashing the world transfer record – even stating that goal line judges were needed over 90 years before the technology became an actuality, saying “I am convinced that referees need their help if they are to avoid mistakes and injustices”.

Of course, the red shirts with white sleeves, which our club have worn since the 1930’s, were also introduced by this incredible man back in the 1932/33 season.

There are so many more to list, but there is one last act that I want to note.

It’s all about doing it ‘The Arsenal Way’…..when Huddersfield Town celebrated their centenary in 2008, the club was presented with a replica of the bust of Herbert Chapman that had stood in the famous Highbury entrance hall by our club. It currently takes pride of place at the Terriers training ground entrance.

Worthy of a statue? Indeed and he should also have one of our stands named after him, a brilliant manager who was way before his time and introduced “The Arsenal Way” in my opinion.

Could any other manager have the same kind of influence at our Club?