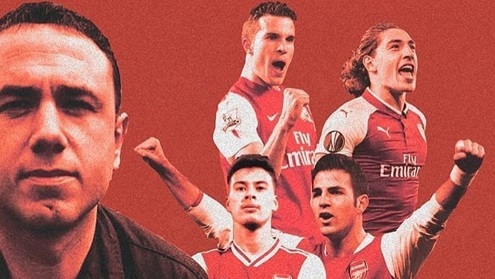 Why Arsenal are phasing out human scouting (Part 2)

Francis Cagigao Had it Coming (Part Two). by AI

(In this part, we look at how human or manual scouting is being gradually phased out by technology).

Why do Arsenal, for instance, reportedly value Matteo Guendouzi at around 40 million euros? And why do the speculated buyers include some of the biggest clubs in Europe?

Simple answer: Guendouzi is a statistical phenomenon. He tops the list of ball-progressing midfielders for his age group and he’s also at the very top across the open list. According to the metrics, Guendouzi is almost as good as the likes Rodri, Jorginho, Granit Xhaka at moving the ball up the field. And he’s just 21.

Clubs nowadays can keep track of a player in Poland’s Third division through a computer. While still not fully realized, sophisticated data analysis can gauge the level of a player with great precision and even more advanced crunching can help determine if a player would be a good fit for your team approach. Mohammed Salah at Liverpool is a prime example of this.

Clubs still predominantly take a more holistic approach to recruitment, with the analytics and scouting departments working together to produce a comprehensive view on targets.

Football is becoming less scouting-reliant. Big data analytics will only get better. And just as how European scouts are aware of the very best young talents at each age group, analysts also do. Clubs give their players at every level performance-tracking wearables. From training to friendlies, every pass and every move is recorded and analysed. The future is almost here: players in the most obscure places will soon be trackable. Why send a scout to Congo to watch a special 15-year-old when your computer could do the same?

If that was just it, Francis Cagigao can make the case that Arsenal still need a complete approach to identification and recruitment that still requires him at the club.

Is that the case, though?