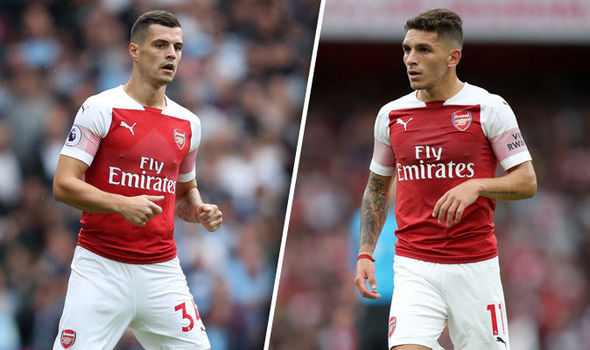 We Need an Attacking Midfielder! by AI

Arteta’s rebuild really revived every dead player in the Arsenal team. From Ozil to Xhaka to Mustafi and David Luiz, we saw many individuals take their play to the next level.

Things turned around. Manchester United were dispatched with sweet ease. Chelsea, a more functional team, undeservedly won the first leg and could only secure a draw against 10 men in the second leg. Wins and a lot of draws rolled by. The sense that things were getting better was palpable. The youngsters were bright, and blindingly good at times. Mesut Ozil was all flicks, shimmys and overhead passes. Nicolas Pépé got into his groove. Aubameyang scored three headers in quick succession. Even Mustafi was resembling some world-class defenders.

For all the plenty goals scored during that period, an overall sense of attacking incision was missing. Most of our goals were either setpieces or systematic: a whipped cross from the leftback for the attackers to get onto, an accurate infield swing from the right winger to Aubameyang’s head — rarely did we get inspirational attacking play that involves the most advanced midfielder making the last pass.

Even in the most systematic of systems such as Manchester City’s, their advanced midfielders often get to make the last pass. Ozil has been very much involved in the Arteta attacking setup but he often does not make the last pass. Rather he’s more involved at an earlier stage of the move.

Certainly, Ozil has not lost his incisive last pass technique. So what is the problem?

The problem is that there isn’t another Ozil-calibre midfielder in the team. Ball progression in an intricate attacking system such as Arteta’s 2-3-5 is the most important element of play. Being able to get the ball from here to there, where your team likely has a numerical or positional advantage.

Attacking moves in such a system often involves passes that must be executed fast and fluidly in order to keep the opponent unbalanced. Guess who has that vital small-space technique needed? You guessed it. Mesut Ozil.

Even in his declined form, nobody passes better than him on the team. He has to be the progressing player, which he can do all right but would eliminate his presence upfront for the needed through pass.

It is not a surprise that the attack got much better when a technical midfielder like Dani Ceballos was put in the middle, too. Although not quite Ozil, the Spanish midfielder relieved some of the ball-progression responsibility from Mesut.

No one knows yet if Dani Ceballos will stay or not but Arsenal nevertheless need to get a new creative midfield gem, which says much about a team that could recently boast of Santi Cazorla, Mesut Ozil, Aaron Ramsey, Jack Wilshere plus others I’ve forgotten in the middle.

That is Arsenal’s biggest transfer priority, after Aubameyang’s, in the next window. A new 10 that can both complement and replace Mesut Ozil going into the future.