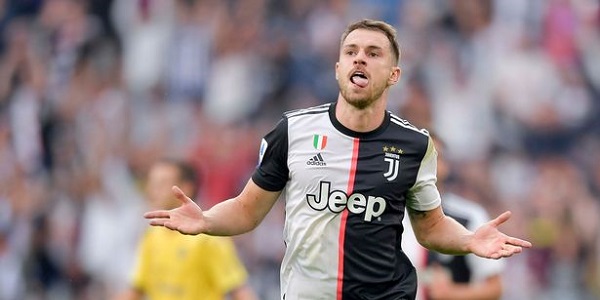 Just a year after joining Juventus, Aaron Ramsey could be set to change clubs again after this season.

The Welsh midfielder joined the Old Ladies last summer after running down his Arsenal deal.

The Gunners had wanted him to remain but they couldn’t match Juve salary offer and he left to become the highest ever paid British player on basic salary alone.

He has struggled for form at the Allianz Stadium and the Daily Mail claims that the Italian champions are set to sell him off this summer.

Ramsey has been linked with a return to Arsenal but I don’t think the club should even consider making a move for him at all.

The first reason is probably an obvious one which is that Ramsey is too injury-prone to be considered a part of Arsenal now.

Secondly, he would be all about the money now and taking a pay-cut would be the last thing on his mind.

Arsenal cannot and should not match his £400k per week salary at Juventus as reported on the BBC by David Ornstein, so it is safe to say that we have been priced out of a move for him.

Finally, I also think that Ramsey lacks the consistency to play for Arsenal at the moment and it was probably in our best interest that we didn’t allow him and his representatives to bully us into giving him an Ozil type of deal.

Ramsey had his moments for sure but he was never world-class or even close to it. It is time Arsenal just moved on from the past and all its failings.