Nelson Needs to Hit the Gym

Reiss Nelson’s development has confounded many Arsenal fans who have always appreciated his talent and immense ball control. It’s not only Arsenal fans who have been impressed by Nelson: professional coaches have thought highly of him, as well, not least Arsene Wenger and Mikel Arteta. But what is wrong with the boy who was once considered more talented than Jadon Sancho?

One of the prerequisites of making it at a professional level and especially in the Premier League is physical development. You have to be sturdy in some sense, able to hold your own against the big bullies of the top flight. Having some power and/or pace (PnP) goes a long way in helping you in multiple match situations. Consider the other youth attackers at the club: Bukayo Saka is extremely resilient for a 19-year-old and possesses a great ability to burst with power into space. Gabriel Martinelli has pace for days. Smith-Rowe has a long, powerful stride reminiscent of De Bruyne. Nketiah is quite muscular and Odegaard is not easy to knock off at all. 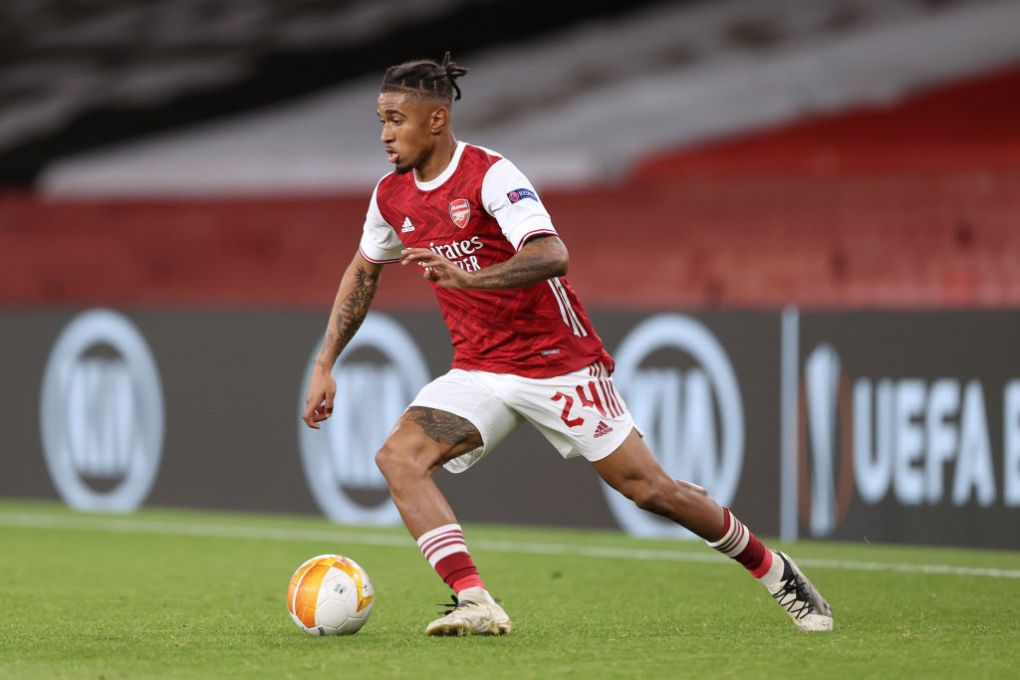 LONDON, ENGLAND – OCTOBER 29: Reiss Nelson of Arsenal in action during the UEFA Europa League Group B stage match between Arsenal FC and Dundalk. (Photo by Charlotte Wilson/Offside/Offside via Getty Images)

Nelson seemingly has none of these. All he’s got going for him is the technique and ball control. That is not enough to make it. Most good wingers, young or otherwise, nowadays have plenty of PnP. The list is endless: Sterling, Zaha, Grealish, Mane, Salah, Gnabry, Sane, Rashford, etc. You don’t need to have crazy physicality or pace but you need to be able to ride challenges. Hazard is a great example of this. Messi is another. That hardiness must be there.

The thing with PnP is that it elevates your ability on the ball. Zaha is a prime example of this. Blessed with good pace and outstanding power, the Ivorian can bulldoze through the defensive line while carrying the ball with ease. If Nelson was simply able to run past his man or power through him, he might already be a top winger. Unfortunately, he’s unable to do both and he can’t even ride challenges. You cannot rely solely on technique unless you are as gifted as Neymar Dos Santos. Physical development is key to making sure that your technique stands a chance to show itself.

Nelson needs to hit the gym or he will end up playing for Ajax or some middling La Liga club.