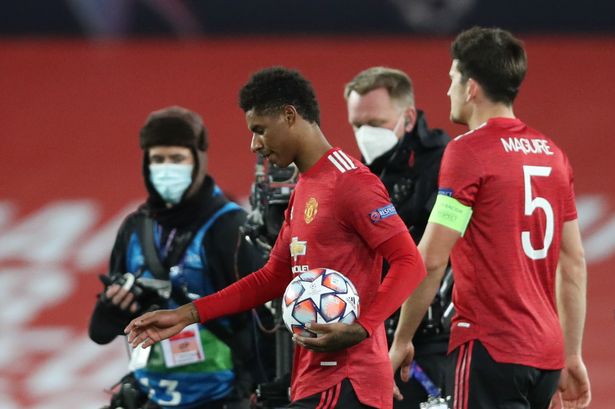 Keep Sport’s Personality About Sport Not Politics BY Dan Smith

I grew up watching The Sport’s Personality Of The Year Awards, it always reminds me that we are on the road to Christmas. Yet at a time where it seems the public want to campaign against everything, where every issue is put up for debate, where words are protested against …. I applaud the BBC for not considering Marcus Rashford for its main award.

Let me stress this is not tribalism, it has nothing to do with who I support.

The Manchester United Star has done an amazing job, using his profile to help youngsters more than any politicians have this year.

Earlier this year the striker encouraged Conservatives to do a U turn in providing free school meals even during the lockdown.

When a motion to have that extended to the current holidays was rejected the star again challenged the government, with a current petition having over a million signatures.

He deserves as many plaudits as he gets for tackling poverty, including his MBE, yet that doesn’t mean we now change the criteria of every award ceremony just because we want Rashford to win to make a point to the Prime Minister.

A panel has the duty of putting together a shortlist with the entry requirements being a nominee ‘ which reflects a UK sporting achievement on the national or international stage, represents UK Sport and takes into account impact within and beyond the sport.

That’s been the point of the evening since it was created in 1954, to celebrate a year of the best sporting achievements by our British Men and Women.

Off the pitch, Rashford is doing work far more important than any sport but like a music award would be based on music, or a film award judged on films, you can’t ignore the Sporting part of a trophy called Sports Personality award.

Simply based on sport, he shouldn’t be in the conversation. So what do some people do?
They campaign, they protest, they ask for the wording to be changed. And I’m mentally tired of it. 2020 has been the year of lets challenge everything.

I even read an article the other day where Toy Story 4 was promoting drink driving.

I’m tired. And sport, I thought, was meant to be our escape. How many times does a franchise claim sport and politics don’t mix? Yet an evening planned to give a few hours to celebrate sporting achievements has become political.

Either organizers are pressured to put Rashford forward for the public vote or feel inclined to create a separate award to tick a PR box.

Either way it ruins a proud evening for the likes of Lewis Hamilton who has every right to win a sporting award more than Rashford.

Should someone number one at their genre now lose out on recognition if they choose not to involve themselves in politics?

I find it hard to see that many would be against someone ensuring 1.3 million children got fed over the summer, but it’s still technically politics.

It’s still a current issue that a majority of MP’s have said shouldn’t be extended, believing it’s a priority to spend money elsewhere.

Do I want to hear about politics when watching sport?

This year has been miserable.

Let us have an evening where we can for a few hours escape from reality.

Isn’t that what sport is for?