Why shouldn’t Arsenal keep Kolasinac as back-up for Tierney?

Keeping Kolasinac at Arsenal might not be a bad decision

Sead Kolasinac is one player who is often in the minds of Arsenal supporters. However, he will not be pleased to realize that he his remembered in a negative sense rather than positive.

The Bosnian is one of many players at the Emirates who Arsenal fans want to see out in the upcoming transfer window. But the criticism thrown at him has not always been fair.

Many have doubts over the talent of the 27-year-old, who was loaned out in January to German side Schalke. But have the clubs’ faithful really forgotten the old Kolasinac?

When Arsenal bought the German born full-back from Schalke in 2017, he was selected in the Team of the Season of Bundesliga, after a stellar campaign at Veltins Arena.

As a result, the left-back received attention from Manchester City, AC Milan, Chelsea and Juventus before signing for London club Arsenal.

His marauding runs down the left flank and ability to win one-on-one duels became a common theme at the Emirates, where he ended the season with 36 appearances and nine goal involvements.

The Bosnian’s xA (expected assists) number of 0.17 was one of the best in the Premier League in the full back category during his debut season. To put more context to how good it was, Kieran Tierney, a player who is extremely famous among Arsenal fans, had a figure slightly below than that of his counterpart at 0.12.

Kolasinac’s figures of Key Passes, Dribbles that lead to a Shot Attempt, Tackles Won and Carries into Penalty Area were better or marginally inferior to Tierney’s.

Those numbers, when compared to other Premier League’s full backs, also placed him in the top 20 percentile of defenders.

Many Arsenal fans have a poor image of the former Schalke man due to his performances in the 2019/20 season. But they forget that the defender had several injury problems and was sparingly used at his preferred wing-back role by Mikel Arteta.

Kolasinac is a very good player who lost his way last season. Although he’s on a high salary in North London at the moment, handing him a new contract by lowering his current wages might be more economical than adding a brand-new body to the left-back slot.

Kolasinac is still 27, and if he’s played in his natural position and given assurances of playing time here and there, we might see the old Kolasinac in the next campaign. A player who was famous for his pinpoint crossing and lung-bursting runs into the penalty area of the opposition.

Let’s not draw conclusions and ship the sail on the Bosnian already because Kolasinac has already proved that he can be effective if he’s given trust and time. 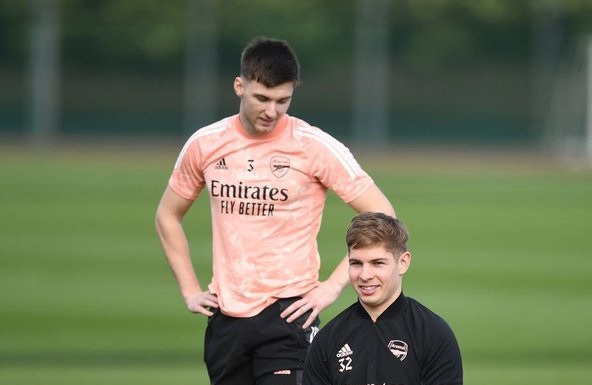