Why the #WeCareDoYou campaign was positive, and Kroenke’s response analysed 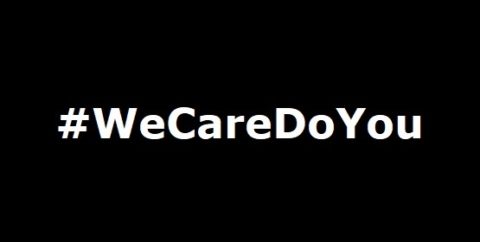 Reviewing The Reviews by Dan Smith

A few years ago, a fans group on social media tried to arrange a protest against Norwich. Instead the majority of the Emirates sang, ‘There’s Only One Arsene Wenger’.

A few weeks ago, a Youtuber wanted supporters to campaign the day of the kit launch, I think he counted 40 people.

That’s why I’m so relieved by the #WeCareDoYou petition started this week. This was introduced by blogs, site’s and channels who had the platforms to make our voices heard. Yet it was worded in a way that did all gooners proud. It was from the heart while avoiding being offensive. It was realistic in its statement, clear and precise. I’m sure many who have signed the document have the urge to say Kroenke out or demand 80 million for Zaha. The reality is we have to pick our battles, understand our situation and pick our hill.

It’s like if your unhappy at work, you can’t just walk up to your boss and confront him over every issue. If you just shout and scream, it’s a rant which makes him/her stop listening.

Because it was so well worded, it was picked up on social media, advertised on tabloids, reported on Sky Sport’s News. This wasn’t someone showing off with a banner, refusing to applaud the greatest manager in our history, or filming a man in his sixties slipping over at a train station while you laugh, all to get subscribers. This was the Arsenal Family joining forces and putting pressure on without verbal abuse.

As soon as Josh Kroenke responded with an exclusive interview, within hours the usual faces were uploading their breaking down of the statement. The positive here is at least the American said something. In nearly 15 years, criticism never made his dad do this. I have campaigned for clarity so just to hear from our owners is progress, even if I was never going to agree with everything. Apart from that I don’t know what some were expecting.

If you thought you were going to hear him say how rubbish his father his, then write us a cheque for Messi, your naïve. It’s little steps and the main plus point is instead of shrugging his shoulders he agreed to a sit-down chat when he could have stayed silent. Reviewing the reviews made it clear he couldn’t win whatever he did, and some want it that way.

For example, those so angry that he met the squad wearing a Rams shirt would have equally labelled it a PR stunt if he rocked up in Arsenal merchandise

Think we can be grown up enough to understand the Kroenke family don’t love the gunners like we do. Whisper it quietly…….neither do our players.

Let’s start off with Josh not wanting to be addressed as an owner but a custodian of the club. This aggrieved some because the same word is used in the counter letter, accusing their being zero respect for the families who had the gunners in their lives for decades. This is where Youtubers paused the clip and accused the interviewee of being media trained and the host giving him a heads up on the questions. Yeah? What’s your point? Politicians, film stars, musicians, any celebrity won’t sit down without an advisor proof checking what will be discussed.
Another grievance was ‘it will take steps’ or ‘a process’ with it being reminded that we have waited years already. Again, this is a businessman. With that comes a thick skin, knowing you’re not liked, having to do things the majority might not like. You learn how to stand your ground while wording things positively. He was never going to say ‘yeah my old man is rubbish, I’ll make sure he buys you Koulibaly’.

Some are not happy he quoted Ljungberg as an ‘Invincible’ because this was sucking up to his viewers, yet the same critic wasn’t happy about the Rams shirt. Then because we wanted to find fault, he’s mocked for his pronouncing of Edu. Did we want him to be natural all not?

The only takeaway for me is being told to be ‘excited’ about signings. That’s a sentence we can hold him accountable for if we haven’t spent money in the next month.

In conclusion there was a lot of hot air, a lot of ticking boxes, but what did we expect? Anyone in his power will be an open book in front of a camera. The victory is that he responded. Even if it were purely for public relations, he felt compelled to answer.

For that, thank you #WeCareDoYou….