Bernd Leno has nailed down his role as Arsenal’s first-choice goalkeeper recent seasons, displacing the experienced Petr Cech prior to his return to Chelsea, but what about our other keepers?

Emiliano Martinez claimed that he was Leno’s ‘equal’ last September, but has failed to get the nod over the German for a single Premier League outing.

He has of course started in all-but two of our other matches, picking up 11 appearances in the Europa League, FA Cup and League Cup fixtures, but will that be enough to convince him to stay in the long term?

We also have the highly rated Matt Macey waiting in the wings for opportunities, but at the age of 25, just how long can he hang about in wait of an opportunity?

With both of these players seemingly not getting enough action, we are also linked with the potential signing of Newcastle goalkeeper Freddie Woodman. The 23 year-old has been enjoying a loan spell with Swansea this term, but has the likes of Martin Dibravka, Rob Elliott and Karl Darlow already in competition at his parent club.

Should Martinez and Macey be considering their options, maybe we could see a new second-choice goalkeeper brought in, and maybe even a future first-team star…

How long do we expect Martinez to wait as second-choice if he rates himself as equal to Leno? Is Macey good enough to be second choice? 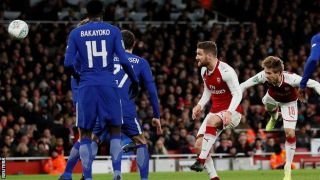 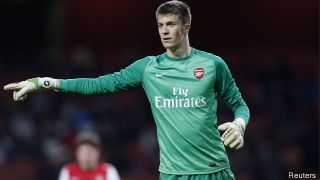