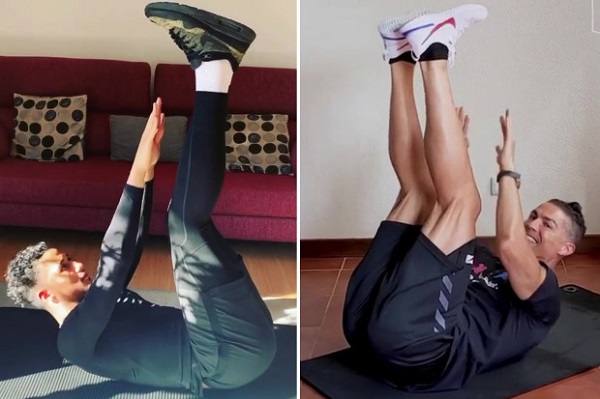 With football under suspension across the world and football fans as well as the game’s stars starting to get a little bored, new challenges have been popping out.

The latest challenge that is sponsored by Nike is the Living Room Cup abs challenge.

The Challenge was kickstarted by Cristiano Ronaldo and a host of other stars from other sports have joined the challenge as reported in the Sun.

William Saliba who is set to join Arsenal in the summer after his loan spell at Saint Etienne took the challenge.

Ronaldo got the ball rolling when he notched up 142 crunches in just 45 seconds before other stars joined the challenge.

Saliba who decided to join the challenge showed just how much longer he still has to go as he was only able to achieve 65 crunches in that time.

Well, he is just 19 and Ronaldo is more than 30 years old so Saliba still has the time to reach the Portugal star’s level.

Saliba joined Arsenal for £27 million in the summer and their decision to leave him back at Saint Etienne for another season seems to have paid off as the Frenchman has played more minutes than he may have done at the Emirates.