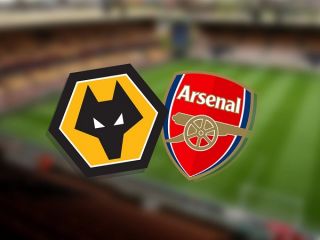 Arsenal could climb up to sixth place in the Premier League table today should they take all three points away from their fixture with Wolves.

While they opportunity to climb above both Chelsea and Spurs in the table is on offer, it won’t be an easy ask away at the Molineux.

Wolves are renowned for bringing their best performances against the bigger sides, and their last two league wins were against Chelsea and us.

Their form has struggled of late however, without a single win in their last eight league fixtures, and you wouldn’t expect that to breed much confidence going into today’s match.

Arsenal on the other hand are unbeaten in their seven last matches since, picking up five wins and two draws in that time, whilst also keeping our opponents to only two goals in that time.

Our side will not be taking tonight’s fixture for granted however, knowing that we only have one win from our last five attempts against them, and with some key players missing also, as reported in our team news earlier.

Wolves have been without Raul Jimenez since our last encounter, after his horrific clash of heads with David Luiz, and that will no doubt gain some attention this evening, in our first head-to-head since.

Will Arsenal come away as comfortable victors this evening?