Would a draw at Brighton be enough for Arsenal?

After the Gunners easily beating Chelsea at the weekend, Arsenal fans should be feeling fairly confident about going to the South Coast to face Brighton this evening.

Brighton though are only four points below us in the table, and considering they haven’t won a home game since June that is nothing short of amazing.

In fact they have won just one of their last 14 games in all competitions, so are arguably in a worse run of form than Arsenal who have won two of their last 11 League games. Strangely Arsenal have only managed two draws in that time.

Conversely though Brighton have gained points with 7 draws in their last 11 League games, including their last 3 in a row, so although they have not been winning, they are far from easy to beat either.

Another Amazing stat is that Arsenal haven’t beaten Brighton in our last 5 meetings! 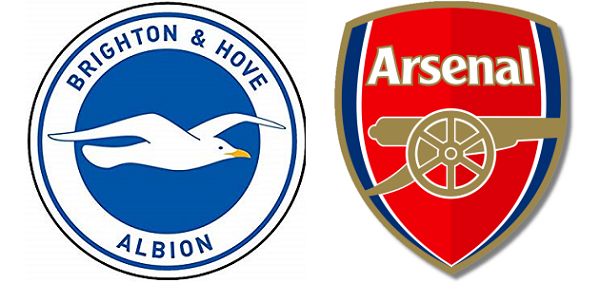 Michael Owen believes that the draw is the most likely outcome again today. “Both these sides could do with a win,” he was reported as saying in the Brighton Independent.

“We all know about Arsenal’s troubles, but Brighton aren’t doing much better.

“The Seagulls have slid down the league table and despite looking good at times, there have been too many slip ups.

“Despite both teams being out of form, I think both managers will fancy winning this. That said, it’s hard to make a case for either side and I wouldn’t be surprised at all if it ended all square.”

But how would Arsenal fans feel if we only came away with a point? Is nothing less than a win acceptable at the moment?