Would Arsenal fans want Olivier Giroud back as a Plan B? 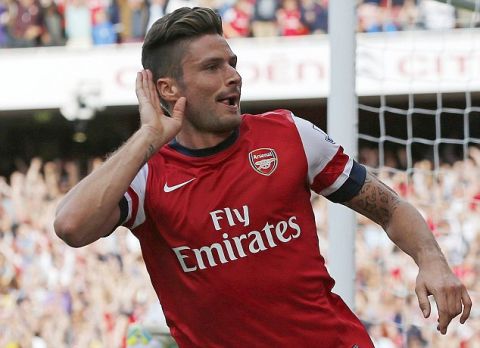 It seems like years ago now that Arsenal cashed in on Olivier Giroud and allowed him to join our local rivals Chelsea but it was only two years ago this month.

The French international was much maligned by Arsenal fans, but the fact is that he scored over 100 goals in 250 appearances for the club and was very rarely injured.

Now Oli has just 6 months left on his Chelsea contract and will be available for a nominal fee this time around, and has been told that he can leave Stamford Bridge in January if a suitable offer comes in, so would it be worth Mikel Arteta bringing him back to Arsenal as a Plan B if our main strikers are injured or misfiring?

The Chelsea coach Frank Lampard has made it clear that he is on the market, after making just 5 appearances for the Blues this season. “There’s no update on Ollie, but I’ve spoken with him,” Lampard told SkySports. “If the conditions are that it’s something he really wants to do and it works for the club, for me and the squad then it’s something that could happen.

“But only when all of those bases are covered. So we’ll see if we’re there.”

There are many reasons why I think Giroud would be happy to come back to Arsenal and one of course would be to be reunited with his old captain Mikel Arteta, but the main reason is because Giroud’s wife Jennifer does not want to move away from London, so would be more than happy if her hubby returned to Chelsea in January so she would not have to relocate.

Right now we may have Aubameyang and Lacazette, but there is not much cover if they need a rest, and with all the Europa League and our Cup games ahead Giroud could be decent back up. We cannot forget that Giroud was Chelsea’s top scorer with 11 goals in the Europa League win last season, including netting in the Final against Arsenal. Perhaps he could win another medal with us?