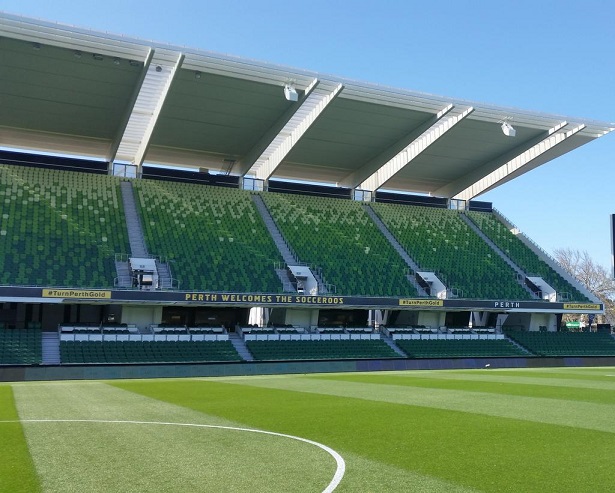 Would you accept finishing the EPL season in Australia?

There have many fantastical proposals on how to finish the season safely, with my personal favourite being the one that uses the two new British Aircraft Carriers to host all the games in quarantined conditions out on the open waters (although I wouldn’t like to be one of the ball boys!

But this week’s suggestion is that we fly all the teams over to Perth in Western Australia, and play all the remaining games over there. To be fair, Perth is the most remote City in the world, and they have been very good at containing the coronavirus. I actually have family over there, and my nephew recently visited New Zealand, and was simply asked to self isolate for two weeks before rejoining society.

There have been some lockdown restrictions as a matter of course, but they are generally being removed at the moment. I was listening to Australian TV yesterday and some people are now allowed to travel up to 50 miles from their houses.

On the plus side, it would stop millions of fans travelling to wherever their clubs played behind closed doors in the UK (as they certainly would), and the players themselves would have a miniscule chance of catching the virus over there. The games could be conducted in a relaxed and safe manner and even better they would be allowed some spectators at the grounds which would provide some atmosphere.

An English agent living in Perth, Gary Williams, has been drumming up support for his plan. He said on FoxSports AU: “I have had discussions with contacts at Premier League clubs and they like the idea.

“I have also spoken with government officials and they are enthusiastic. We are speaking again this week.

“Everybody is safe here. The government has lifted many restrictions.

We are sitting round in groups of ten, we can walk around and the beaches are open. We have had four new cases in the last ten days.”

“We have almost no new cases. It would just be a case of some quarantine for our friends when they arrive and then we are up and running.

“When Gary first mentioned it I thought it was a wonderful idea.

“I’m glad he is getting the same response from the people in the game he has called.

“This is the centre of the sporting universe in Australia. We have fresh air and good weather. It would be ideal.”

It certainly is a very pleasant City from my personal expèrience, and it’s a shame I can’t fly over there to watch some games as my family live within walking distance of one of the proposed stadiums, the Joondalup Arena, and just a train ride away from the other Perth Stadiums.

So what do you think about this plan? It seems to be one of the most sensible so far, in my mind…