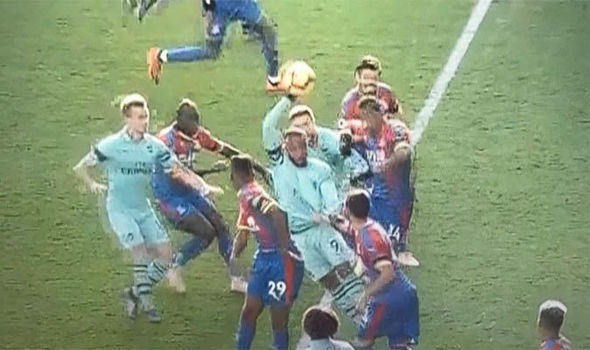 Would you change the crazy handball rules?

Would You Change The HandBall Rule? by Dan Smith

When a manager is complaining about a decision which BENEFITS his team, you know there is something wrong with that particular rule. That’s what Steve Bruce did this weekend after his side were awarded a stoppage time penalty.

In 28 Premiership Fixtures played this season, there’ve been an incredible 20 pens. A Lot of them were caused by VAR, which instead of pointing out obvious errors are instead dissecting every single decision.

Yet for once I can’t blame Video Technology for all the amount of spot kicks, but the new laws defining what constitutes as a handball or not.

Ironically, FIFA had only just torn up last year’s rule that any attacking player scoring with the ball having hit their arm, that goal would be disallowed, accident or not. So having fixed that, they have now caused confusion in the opposite area.

The current legislation for a handball reads …….

Going by that protocol, you can understand why Dier was penalised for his actions on Sunday. Officials are paid a lot of money not to agree with the rules but to strictly follow them. No different to any job. Me or you are paid by an employer to adhere to their ethos and follow their policies and procedures, not necessarily to agree with them.

I feel sorry for referees because they cannot win under the current handball laws.

It’s got to the point where players are just knocking the ball into the box and the moment it makes contact with anyone’s body they are protesting, just because they know Stanley Park are watching everything.

While he was noble post-match, the Newcastle coach wasn’t exactly telling Andy Carroll not to appeal for a pen every time he flicked a header into someone’s body.

Think about next weekend. If a ref follows the current guidelines, he/she knows they will get ridiculed by the public for ‘killing the game.’

Yet they can’t now fear to follow this protocol, as that would be unfair to those punished in the first 3 weeks.

While the games governing body needs to step in and rectify their own rules, surely you can’t do that now till pre-season.

You can’t just less than a month into a competition change the rules based on a Jose Mourinho strop (funny how he didn’t say Spurs were being disrespected when given a bye in the Carabao Cup) or because Gary Neville says so.

Integrity of the sport dictates everything needs to be level. You can’t have one rule in September, then a different version in October.

In a game where the margin between success and failure is small, a Man United or Tottenham could miss out on the top 4 based on recent handball decisions. You can’t have Andy Carroll doing what he did at the Lane being enough to win a penalty, but then suddenly the exact same incident getting a different decision…

What are your Views On The Handball Rule?