Arsenal has become a better team since Mikel Arteta became their manager. That statement in itself might not do enough justice to how improved the Gunners have become under the Spaniard.

Managing Arsenal is Mikel Arteta’s first job as a manager, he had been an assistant manager to Pep Guardiola since he hung up his boot in 2016 before coming to Arsenal.

The Gunners are still struggling to finish this season in a European place, but they are in good shape now.

They are just six points off the top five and beating the Foxes could see them leapfrog Wolves into the 6th position if other results also go their way.

Sun Sports just computed the Premier League table from the 1st of January this year and using that table alone, the Gunners would be in the Champions League spot.

The Gunners have played 13 Premier League games this year, and they have won seven of those games, losing two and picking up four draws.

These stats mean that they are the third most in-form team since the turn of the year and only Liverpool and Manchester City has collected more league points this year. 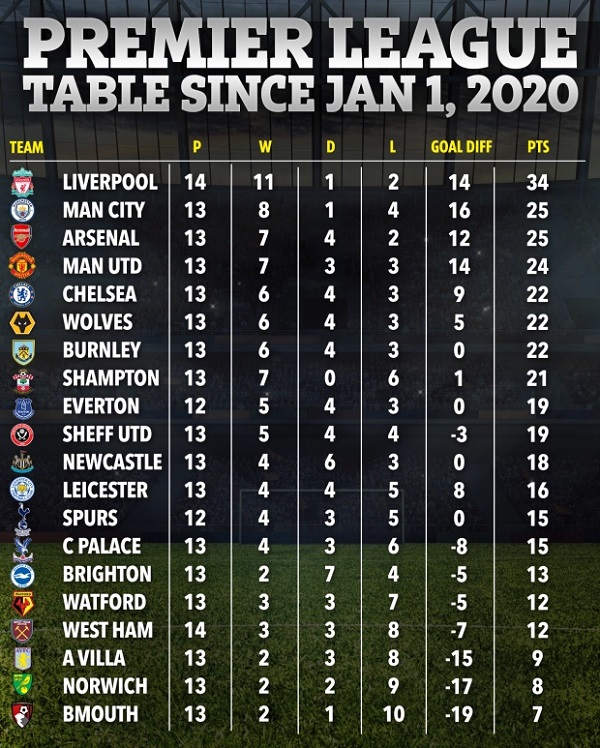