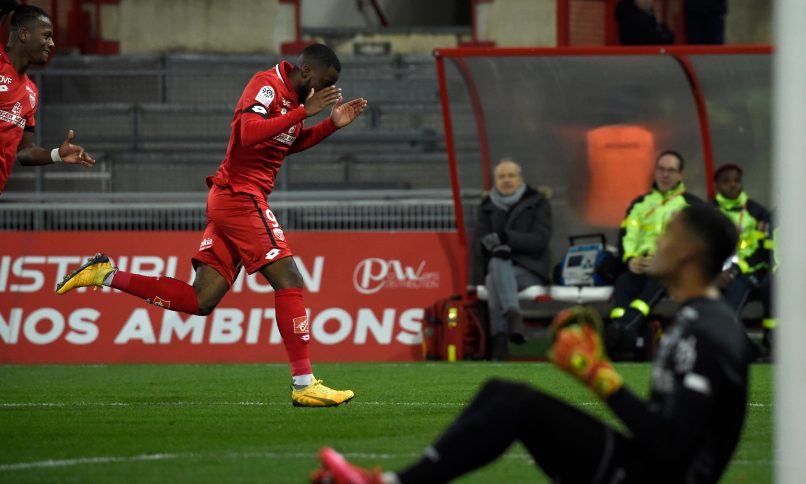 Stephy Mavididi left Arsenal to join Juventus 18 months ago, but admits that he still dreams of making it back to the Emirates in the future.

The 21 year-old left the club after finding out he was not a part of then-manager Unai Emery’s plans for last season, and that he would be allowed to leave should an offer come in.

Juventus came calling and he spent the 2018-19 season largely with their second string in Serie C, but make his first-team debut for Juventus in Serie A in April.

Mavididi left the Italian side on loan this term however, joining Dijon in Ligue 1, and has impressed in a regular first-team role, scoring eight goals in his 28 appearances in all competitions.

He’s now admitted that he made the decision to leave Arsenal because his head wasn’t in the right place.

“I would say my head wasn’t really in a good place [before the Juventus call],” he recalls in an exclusive interview with football.london. “I had a discussion with Arsenal, they gave me the option of going if a club came in at a price they wanted.

“Automatically my head is at ‘ok they don’t want me here’. They said ‘of course you can stay, you have a contract with us blah, blah, blah’ but that for me was them opening the door and I thought that was time for me to go through it.

“When I was leaving everyone was asking where I was going. I told them I was going to Juventus and they said ‘nah, seriously, where are you going?

Stephy moved onto admit that his current aspirations are to break into the fold at his current parent club Juve, but the main dream remains to play in the English top division.

“I do hope to play regularly for Juventus but if not, Juventus are not the only team in the world,” he added.

“Ultimately my dream is to play in the Premier League, I’m working towards coming back to England.

“For me I have many targets.

“Juventus is one of them but if that doesn’t work out I’ll move on to the next one and the next one.

“Obviously it would be a dream to play for Arsenal again but right now I wouldn’t say I’m ready to play in a team like theirs.”

Mavididi struggled to make it whilst with Arsenal previously, but is finally starting to live up to the potential he showed as a youngster, and should he build on his time at Dijon, he may well get the chance to return to Arsenal some day.

Could he have what it takes to become a regular at Arsenal?